TIME's Person of the Year 2012: Vote for the People's Choice 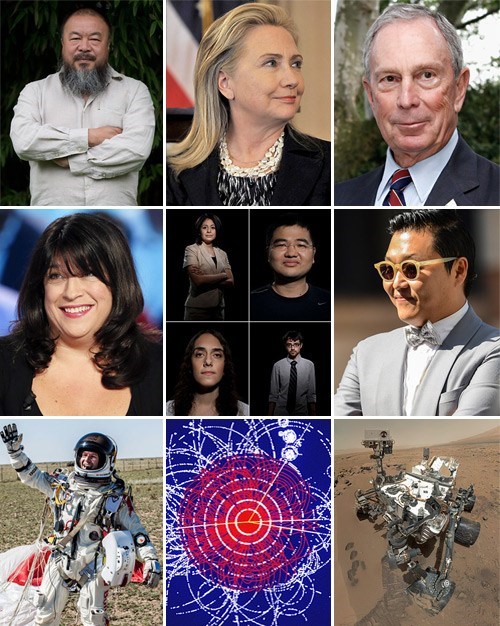 With the end of another year approaching, TIME magazine unveiled its "People's Choice" candidates for the Person of the Year, which includes a wide range of newsmakers like Chinese dissident and artist Ai Weiwei, U.S. Secretary of State Hillary Clinton and New York City Mayor Michael Bloomberg (top row), 50 Shades of Grey author E.L. James, Undocumented Immigrants and Korean singer PSY (middle row), as well as Austrian skydiver Felix Baumgartner, The Higgs Boson Particle and Mars Curiosity Rover (bottom row) among many others. The voting will stay open until 11:59 p.m. on December 12 and the winner will be announced on December 14, while the editor's choice will be announced on December 21 with the release of its last issue of the year.