Mash Up of the Day: Owen Wilson Says a Lot of the Same Stuff

It should come has no surprise then that he says basically says the same things in every film as well. It's all some combination of about 15 different words.

It must be nice for Wilson that he doesn't have to memorize very many lines.

The best thing is this isn't the first Own Wilson mash up. The creator behind this video has done several more. It's tough to decide which is best.

They sure are all incredible.

Zoolander IRL of the Day 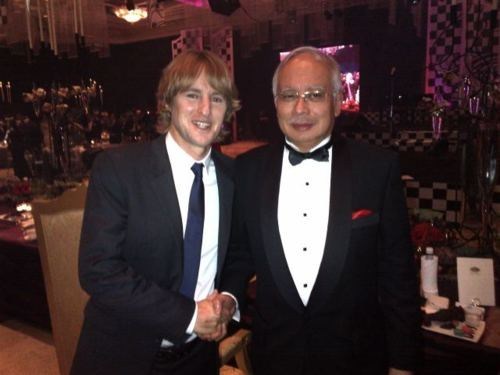 Zoolander IRL of the Day: Actor Owen Wilson recently had a chance to reenact a Zoolander scene in real life when he encountered the Prime Minister of Malaysia last Thursday. Luckily, no harm befell Najib Razak -- most likely because the person behind the camera was none-other-than Wilson's Zoolander co-star Ben Stiller.

The timing of the reference to the decade-old cult film could be calculated: A Zoolander sequel is known to be in the works, but little has been heard from Stiller since he informed The Hollywood Reporter back in October that the script was finished.