This traumatized little girl went toe-to-toe with a pissed off peacock and the Internet had a hay day. "Our trip to the petting zoo did not go as planned" -- Reddit user bwaxse posted The little girl was pictured running for her life as an exotic peacock angrily chased her from behind. If you thought the Canadian goose was an asshole, just wait until you experience the unforgiving wrath of a colorful, pissed off peacock. 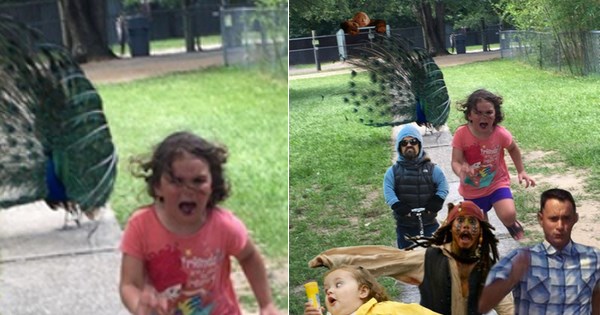 Adorbs of the Day: Scientists Find the Cutest Spider Ever 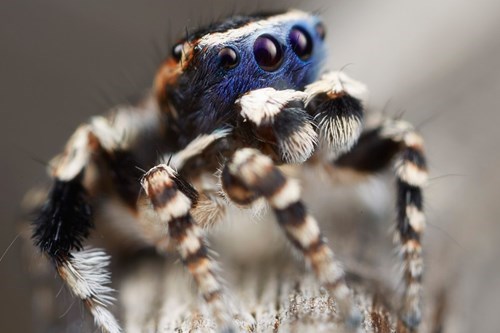 Maratus personatus. Remember that name. For that is the name of the cutest spider science has yet to find, maybe probably will ever find.

This tiny, striped, huge-eyed spider may just change the way we thing about the eight-legged crawlers. Just about everything from its appearance to its mating habits gives you more and more reasons to love it and love Jürgen Otto, the man who took the pictures. 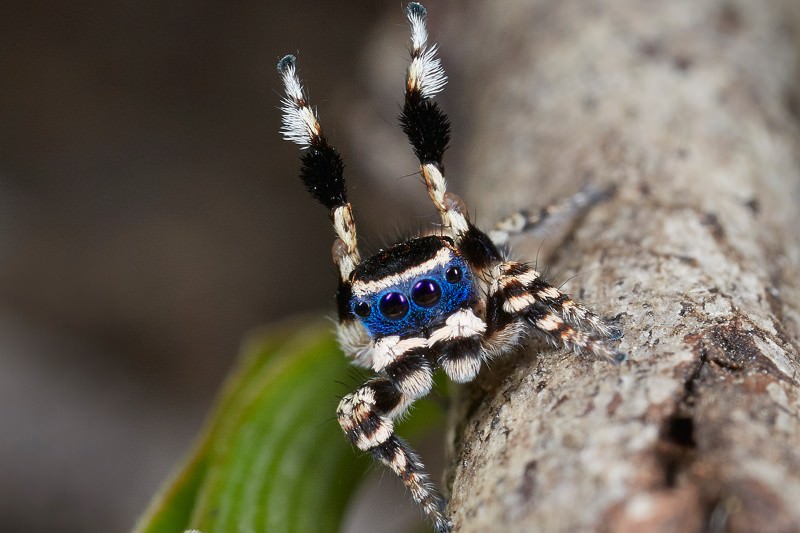 Newscientist.com gives you all the information you need to jump on this bandwagon.

Officially named Maratus personatus (the species name derives from the Latin for masked), blueface belongs to the growing family of peacock spiders – dazzling little Australian natives that are just 3 to 5 millimetres long. As the name suggests, the males use vivid colours to attract females. But unlike other peacock spiders, the male M. personatus does not have a fan-like abdomen that it extends while trying to court females. Instead, it relies on its blue mask and the characteristic white banding around it to lure lady spiders.

It's mating ritual involves scurrying back and forth with two of its legs in the air, hoping to attract attention from females its bright blue Teenage Mutant Ninja Turtles mask.

Do you want a video? What a silly question.