Math of the Day: Sesame Street’s The Count Reads Pi to 10,000 Decimal Places

Youtube user Crysknife007 (purveyor of "ambient geek sleep aids and other eccentric long videos") has created a true monster out of your favorite Sesame Street vampire, with audio of The Count reading every digit of Pi out 10,000 decimal places.
The maddening video is 5.5 hours long, and includes his signature laugh in between each digit.
If you're curious how he accomplished this, you can read about the process on his blog, where he describes creating a similar video but with a rotary phone dialing each digit.
So how far can you listen before tearing out all of your hair and bashing your face against the wall?

Online Outrage of the Day: This is Why Trademark Laws Are Stupid 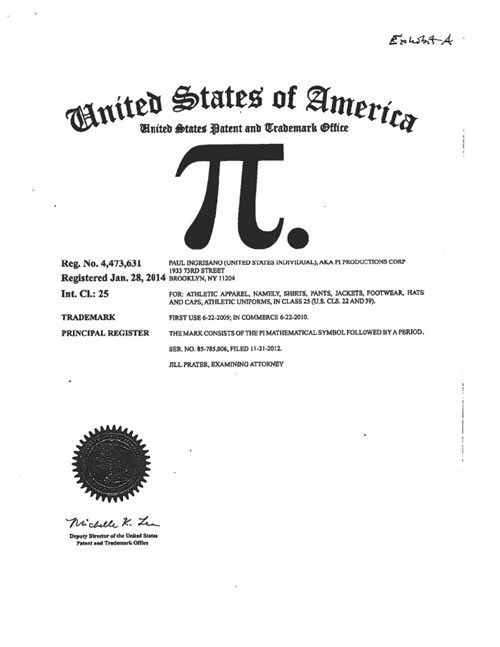 Multiple sellers on online marketplace Zazzle were shocked to find last week that their designs had been taken down as a result of a cease and desist notice by a fellow named Paul Ingrisano, alleging that their work infringed upon his registered trademark.

The trademark in question is the symbol for pi. It refers directly to the symbol followed by a period. Even though the sellers on Zazzle did not use a pi with a period, they still received cease and desist letters.

Wired spoke to Mark Lemley, a law professor at Stanford University, who said: "if you want to sell T-shirts and on the tag your brand name is the symbol pi, I think that's a reasonable trademark. But if what you want to do is actually prevent people from using the symbol pi on a T-shirt, then I think you're missing the point of trademark law."

So why did Ingrisano own the trademark? According to his Facebook page he works at "Pi Production Corp".

Pi in the Sky