Viral Video of the Day?

"Pickles," the latest terrible song on YouTube by an Irish rapper who goes by the name "Yasha Swag," is raising some eyebrows for its suspiciously high YouTube view count of 8 million hits in less than a week, especially in comparison to other metrics like Facebook page likes and share counts. According to the Daily Dot, the song had been previously uploaded to Soundcloud by Jacob Povolotski, who touts himself as a "meme troller" with an allegedly strong interest in using black hat SEO tactics and Facebook bots. 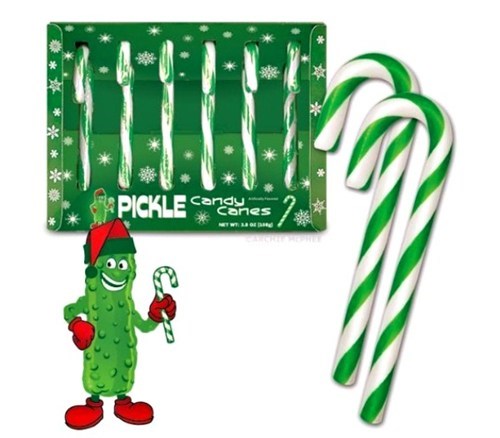 A stocking full of coal is so 1950s. Instead, threaten misbehaving children with Pickle Candy Canes this upcoming holiday season.