What should have been a magical encounter went wrong when a 400 pound pony dressed as a unicorn escaped from her photoshoot. The fugitive, named Juliet, led the California Highway Patrol on an intense, 3-hour chase. Eventually, according to the video description, police were able to let everyone know that, "The unicorn was in custody". 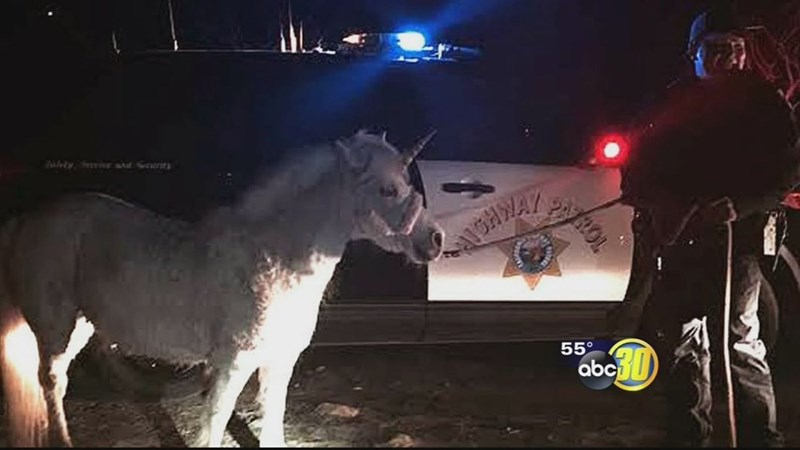 Channing Tatum's Wife Satirically-Serenaded Him With 'Pony' on Stage

Jenna Dewan-Tatum turned her husband's well-watch 'Magic Mike' bit around on him during an episode of Lip Sync Battle and nails it.


Not to be out done, Channing then performed Beyonce's 'Run the World (Girls)' and ending his Queen Bee performance with a special guest.