Captain Planet of the Day: Norway Gives $1 Billion to Brazil for Saving the Amazon Rainforest 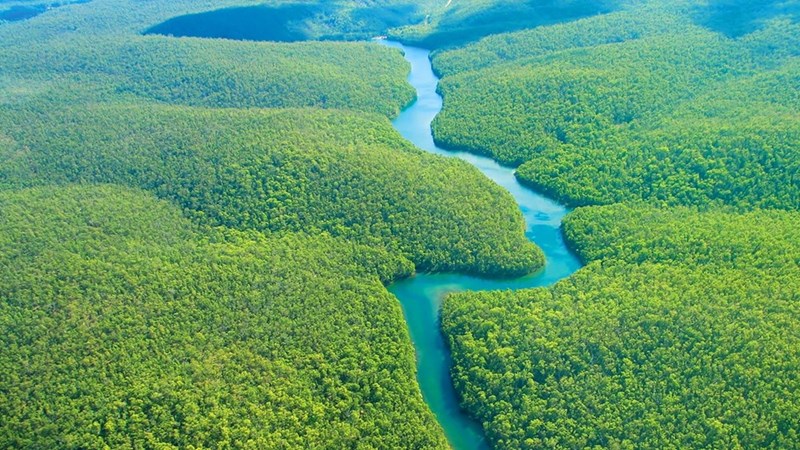 You know what we never get? Good news about climate change.

Norway is making good on its commitment to give the country of Brazil $1 billion on the condition of reducing the deforestation crisis that claimed many square miles over the past fifty years.

Quartz has the details:

In 2008, when the Amazon was facing a severe deforestation crisis, Norway, a country made rich from oil and gas production (and the biggest donor to protect tropical rainforests), pledged $1 billion to the government of Brazil if it could slow down the destruction. Doing so would protect the forest's wildlife and also enormously reduce climate-harming greenhouse gas emissions, which are produced when forests are burned to make way for human development.

Brazil has more than risen to the task. By enforcing strict protection laws, promoting education efforts, and withholding loans to local counties that clear too much of the forest, the country has scaled back its forest destruction rate by 75%. It's estimated that Brazilian farmers and ranchers have saved more than 33,000 square miles (roughly 53,100 square kilometers) of forest—equivalent to 14.3 million soccer fields—from being cut down.

This week, an applauding Norwegian government said it will pay out the country's final $100 million—rounding out its $1 billion promise—to Brazil at a December UN summit on climate change.

Brazil gets money, the rainforest remains protected and the planet gets more trees to filter out the carbon dioxide from the atmosphere.

Also, welcome to the club, Brazil!