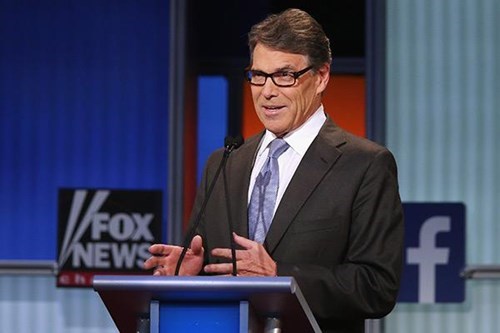 Debates are not easy for politicians, especially this early in the election cycle. Every word is scrutinized, every gesture is criticized and every fact is double checked for accuracy. As Rick Perry discovered Aug. 6, even one tiny slip up can cause a mountain of Internet hilarity to avalanche down.

The earlier FOX News debate of the two, dubbed the 'Happy Hour Debate' or the 'Kids Table Debate', featured the seven candidates out of the total 17 with the lowest poll numbers. There, former Gov. Rick Perry accidentally said "Ronald Raven" instead of 'Ronald Reagan'.


Well, that's all it takes. Behold: Slate even created their own 'Ronald Raven' name generator.

For the record, here's mine: As for Perry, he's doubled down on this tiniest of slip-ups and claimed that he never, ever said "Ronald Raven" in the first place.