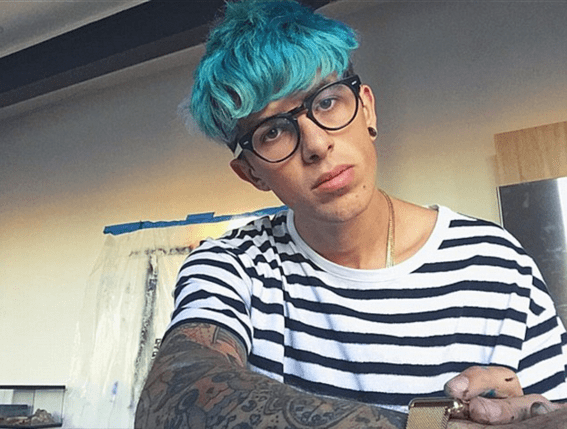 Sam Pepper has become a very controversial figure in the last few years. He is famous for his Youtube pranks and "social experiments" such as the one where he pinched random women's bottoms that led to sexual harassment claims.  You may have heard of him recently due to massive backlash from his "prank" video where he convinced a friend that he killed his other friend "execution style". Now he seems to have disappeared off the face of the internet leaving only a single Tweet on an otherwise barren Twitter account.

Some people have questioned his motives with the way he left social media and Youtube so abruptly.

But, for the most part, they are just gleefully celebrating his absence. 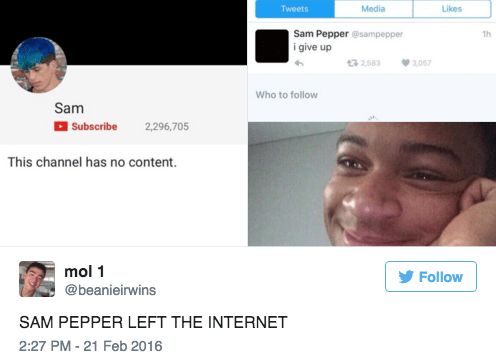 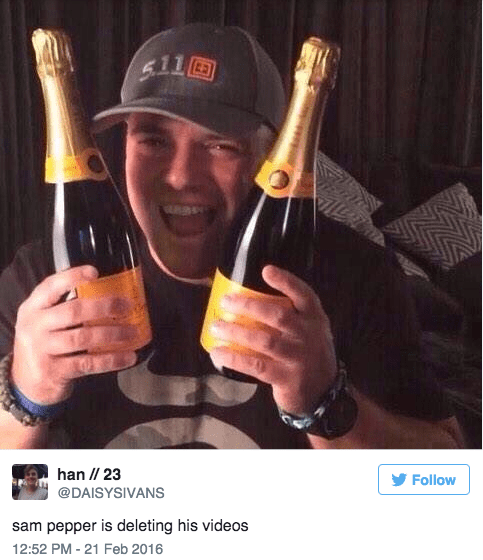 Bad Prank of the Day: Disgusting Human and YouTuber Sam Pepper Pretends to Murder a Guy in Front of His Best Friend

You may remember hearing the name "Sam Pepper" last year attached to a story about women accusing him of rape after his butt pinching prank/"social experiment" went viral for all the wrong reasons. The video, which was removed by YouTube, showed Pepper groping women with a fake hand in the name of a prank, which he later called a social experiment. Following the video, several teenaged women came forward to share their stories of sexual abuse at the hands of Pepper.

A little over a year has passed since these allegations surfaced, and Pepper is perhaps hoping we've all forgotten that he's a terrible person. Unfortunately for him, that's not the case.

His latest video, a prank involving a young man being "murdered" in front of his best friend, is incredibly hard to watch. The victim can be heard saying "I don't understand, we're just kids from Kansas.... You've got the wrong guys! He's everything I have" just before he sees his best friend get shot right in front of him. The pranksters let the victim of the prank scream and cry for more than half a minute before revealing that it was all a joke. In the video outro, everyone seems to be in pretty good spirits about the prank, but viewers don't feel the same way:

What do you think, has Sam Pepper once again taken things too far? Or did you find the prank funny?
Advertisement

In case you haven't been following along, the internet has reacted voraciously to popular YouTuber Sam Pepper. In one of his crude videos Pepper pinches girl's butts as a joke, and it was subsequently taken down by YouTube. Claiming that his prank was in fact part of a 'social experiment' he then uploaded a second video of the joke repeated on men.

Other YouTubers and fans are speaking out about their experiences with Sam Pepper like Dottie Martin revealing how Sam approached her at a meet and greet last year and asked her to go to the movies with him. Nothing too weird about that, except for the fact she was only 16 and he was 23. She then discusses how she felt uncomfortable after he continued to try and touch her. After excusing herself from the situation, he sent her intimidating and manipulative messages. See her full video below:

Popular YouTuber Laci Green also gave her take on the Sam Pepper issue, but more importantly she talks about the culture on YouTube with all these obscene 'Prankster' videos and people trying to go viral:

Sam has been banned from all major YouTube events such VidCon and Playlist. He was also dropped by Collective Digital Studios.