Remembrance of the Day: Sarah Michelle Gellar Gives a Heartfelt Tribute on the One-Year Anniversary of Robin Williams' Death 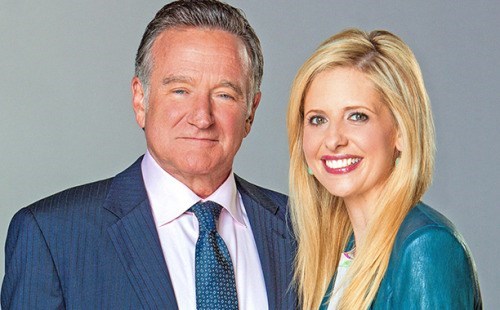 Aug. 11 marks the one year anniversary of Robin Williams' death.

There have already been tributes from news sites and ways to remember him, like which of his movies to stream.

One heart-felt remembrance leapt out from Sarah Michelle Gellar as she posted the following picture to her Instagram.

"To laugh often and much; to win the respect of the intelligent people and the affection of children; to earn the appreciation of honest critics and endure the betrayal of false friends; to appreciate beauty; to find the beauty in others; to leave the world a bit better wether by a healthy child, a garden patch, or a redeemed social condition; to know that one life has breathed easier because you lived here. This is to have succeeded" #Emerson You succeeded RW #RobinWilliams

One of Williams' last roles was on the CBS television show The Crazy Ones. It was a single-camera sitcom that CBS cancelled after one season in May of last year.

Gellar played Williams' daughter on the show and she might have been one of the last to get to know the comedian during the final months of his life.

It's an incredible quote from Emerson and another reminder of one more great talent lost.