Overinflated Rescue of the Day 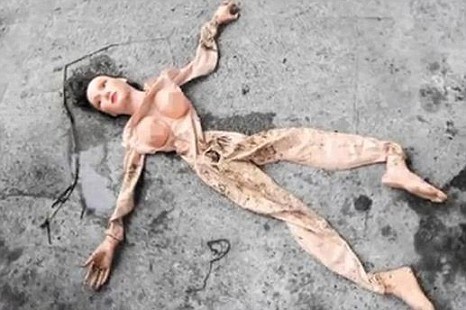 Just last month, a village in China became an international laughingstock after villagers -- and an ahem inexperienced news reporter -- mistook a sex toy for a "mystery mushroom."

Now another case of mistaken identity has 18 police officers in China wringing their hands in embarrassment -- they spent more than 40 minutes struggling to save a drowning woman from a lake, only to discover that their damsel in distress was actually an inflatable sex doll.

The dramatic scene attracted more than 1,000 spectators, who made sure to cover the eyes of the kids in the crowd as the "woman" was pulled from the water.

Xi'an Up Close, an investigative program that airs in China, has become an international laughingstock after airing this report Saturday about a "mystery mushroom" that was discovered by villagers in a rural part of the city. (Subtitles are uploader's translations.)

An open letter to all netizens and viewers: Hi everyone, one of our news reports which aired last night has made everyone laugh. This incident has been widely followed, shared and commented on. As our reporter was still very young and unwise to the ways of the world, this report has brought great inconvenience to everyone. We'd like to take this opportunity to thank everyone from the bottom of our hearts for your criticism and correction. Please forgive our oversight!

(Not Safe For Work -- mushroom is actually sex toy.)