Hate Crime Investigation of the Day 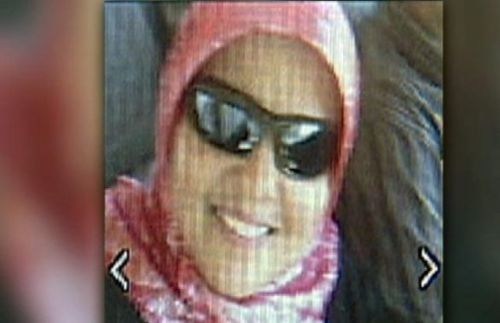 Shaima Alawadi, a 32-year-old mother of five who emigrated from Iraq with her husband 17 years ago, was found severely beaten inside her El Cajon, California home next to a note that allegedly read "go back to your own country. You're a terrorist."

Alawadi was rushed to the hospital, but passed away a short while later.

One of her three daughters, Fatima Al Himidi, told KUSI she found Alawadi unconscious in the dining room. The attacker had apparently broken in through the sliding glass door and assaulted Alawadi repeatedly with a tire iron. Al Himidi said the attacker was gone by the time she came downstairs.

According to Lt. Mark Coit of the El Cajon police, the family had received a note similar to the one left near Alawadi earlier this month, but thought it was a prank, so did not bother reporting it to authorities.

"Given the fact of these notes left, we’re obviously concerned about the possibility of a hate crime," said the executive director of CAIR's San Diego branch, Hanif Mohebi. "I don’t think anyone would disagree this is a coldblooded murder."

Investigators say they believe this was "an isolated incident," and a hate crime is just "one of the possibilities" they are exploring.

Delino DeShields Jr. Shows Off His Swollen Face After Being Hit by 90 mph Pitch