Bust of the Day: $6 Million of c0caine Was Found in a Shipment of Pumpkins and Squash 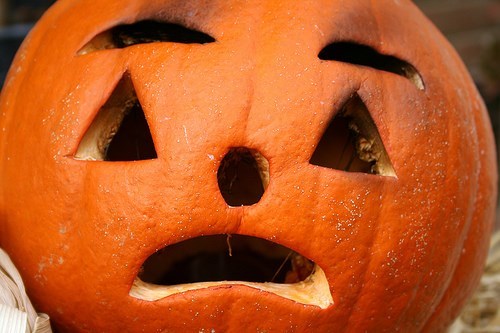 Welp, that might explain the popularity of pumpkin spice lattes.

Authorities have found millions of dollars of c0caine hidden inside a shipment of pumpkins and squash, presumably looking to make the autumnal season a little more festive.

Mashable has the details:

Federal agents say they seized more than 360 pounds of c0caine found in a shipment of Costa Rican pumpkins and squash at the Port of Philadelphia.

Authorities say the Sept. 17 discovery was the port's eighth-largest c0caine seizure to date.

Officials say the drugs, which have a combined street value of more than $6 million, were found in thin packages lining the inside of the boxes.

The shipment arrived on the bulk carrier Santa Maria and was destined to a distributor in New York City. An on-site test by U.S. Customs and Border Protection officials determined the substance was c0caine.