Photoshop Battle of The Day: A French Guy in His Underwear Attacked Journalists With a Shovel 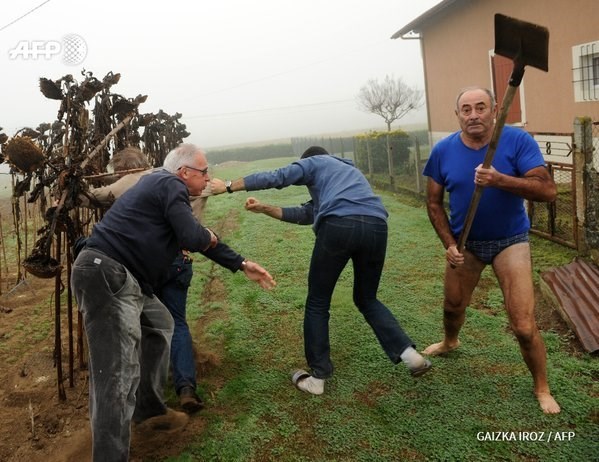 Don't mess with the shovel man.

When protestors and journalists rallied on a farm in Audon, a township in southwest France, to stop alleged poaching of protected finches...things got crazy.

As protestors began to destroy bird traps, one angry resident attacked them with a shovel while wearing some pretty snazzy underwear.

And then he became a meme.

Photographer Gaizka Iroz captured the original image, and is a hero to us all.

WTF of the Day: Two Girls Get in a Fight and it Ends With a Shovel to the Head

Teens in America these days...