Ride of the Day: Teen Passes Out on Theme Park Ride Four Times 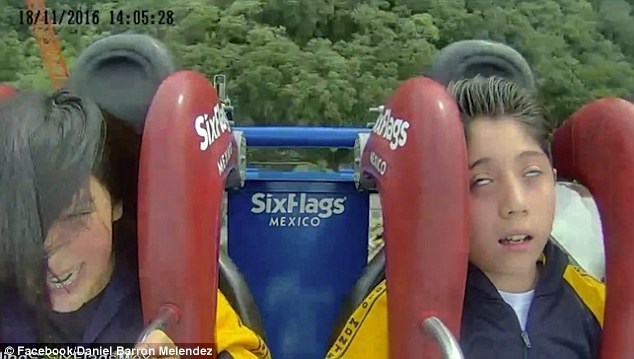 A good bed is hard to come by apparently.

While riding the Sling Shot ride Six Flags Mexico in Mexico City, 15-year-old Daniel Barron Melendez passed four times for up to three seconds at a clip. Get your sleep where you can.

In the video, you can see Daniel’s eyes glaze over and roll back into his head, while the other rider enjoys the ride. Daniel not only passes out during the ride, but in between cat naps, he looks like he’s in physical pain.

According to The Daily Mail, this might have been just another chance for Daniel to meet single ladies.

“Local media reports suggested the teenager may have been trying to impress his friend by going on the ride. Daniel has started getting dating requests on social media from female admirers after posting the video.”

We’ll keep you updated on whether or not Daniel gets a girlfriend through this as this story develops.

Trend of the Day: New Zealanders are Stripping Down, Squatting Like Frozen Chicken and It's Spreading