Customer Service of the Day 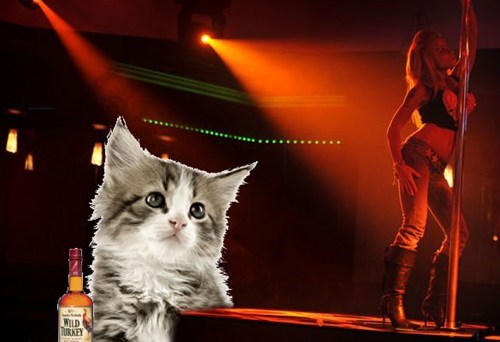 This is why we can't have nice things: At 9 p.m. on Tuesday, June 5, 47-year-old Everett Robert Lages was denied entry to the Emerald City strip club in Murdock, FL, after he attempted to bring a kitten with him into the club.

Drunk and devastated, Lages sat down outside the business, kitten in hand, and repeatedly called 911 on his cell phone, complaining that the club owner had committed a crime.

Lages was arrested and charged with misuse of the 911 system, disorderly intoxication, trespassing after warning, and resisting arrest without violence. Kitten is safe and sound.