This Racehorse in a Tailored Tweed Suit Is, Quite Possibly, the Best Dressed Animal in the World 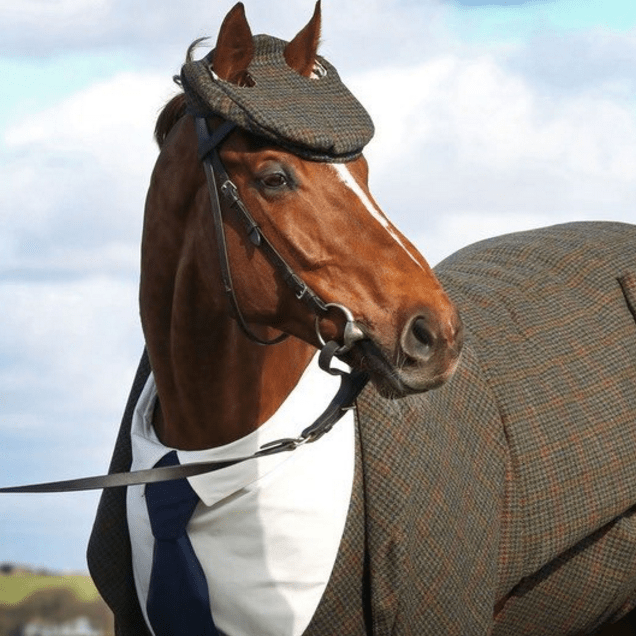 That is a well dressed horse, but why? Apparently, it's almost time for one of the UK's biggest horse racing events, the Cheltenham Festival, and that merits a horse in a tailored tweed suit.

Sexism Experiment of the Day: News Anchor Wore Same Suit for a Year

Via The Age
Repost
Recaption

This week in shirts and sexism…
Karl Stefanovic, from Channel 9's "Today" show in Australia, revealed for the first time this past weekend, that he has been wearing the exact same blue Burberry suit every day for a year (with a couple exceptions).
The experiment, he said, was to highlight the sexism that his female co-anchors face on a daily basis.
While no one noticed or commented on his clothes, his co-host, Lisa Wilkinson, has said that she receives regular criticism and style advice from their viewers. A lecture she gave last year inspired Stefanovic to conduct the experiment.
"Women are judged much more harshly and keenly for what they do, what they say and what they wear," he said.
The video above shows every suit he wore in 2014.
And you might also be wondering: Did he wash it? A few times, apparently.
"It does get a little bit stinky," he said.