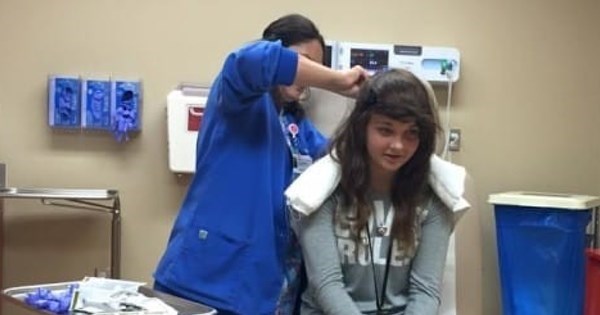 A case of bullying at a Texas high school looks like it is going to have a happy ending.

High school freshman Hannah Combs had super glue poured onto her hair and scalp last month during class by another student. She said the glue immediately started burning her, and chunks of hair started falling out. She received first degree chemical burns from the assault. But what really upset the family, and started a social media frenzy, was that the boy who did this only received three days of in-school suspension.

So Hannah's parents started a Facebook group called Justice For Hannah that has grown to over 25,000 members.

Messages of hope have come pouring in as Hannah's parents continue to advocate for harsher punishment against the bully. They told KCEN hat they want the boy to move schools.

Meanwhile, Hannah has a rad new undercut and a positive outlook on her future. "I'm old enough to help people that are being bullied and even help the bully themselves become better people," she wrote on Facebook. "Did you know that half of the time the bully doesn't even know he/she is bullying anyone? But we can fix that, I know we can."