In June, former steelworker and lifelong Democrat Donnie Box starred in this controversial pro-Obama ad, by Super PAC Priorities USA, that criticized Mitt Romney and his time at Bain Capital --  they "shut down entire livelihoods."

Now, just one month later, Box has some harsh words for Obama, as quoted in In These Times:

I think Obama is a jerk, a pantywaist, a lightweight, a blowhard. He hasn't done a goddamn thing that he said he would do. When he had a Democratic Senate and Democratic Congress, he didn't do a damn thing. He doesn't have the guts to say what's on his mind.

Box remains a Romney critic, but made clear that he considers him the lesser of two evils when it comes time to vote:

Meanwhile, according to the Atlantic, "[t]he ad's been in pretty high circulation, part of a $7 million ad campaign in Colorado, Florida, Ohio, Pennsylvania, and Virginia, one that Priorities USA has said is partially responsible for hurting Romney's polling in swing states." 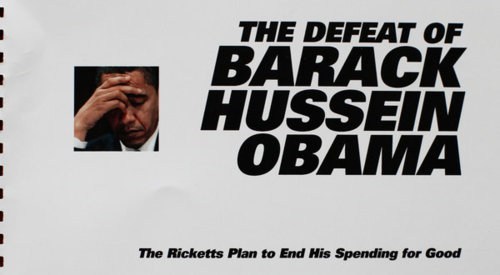