Trump of the Day: Donald Welcomes Megyn Kelly Back From Vacation By Calling Her a Bimbo 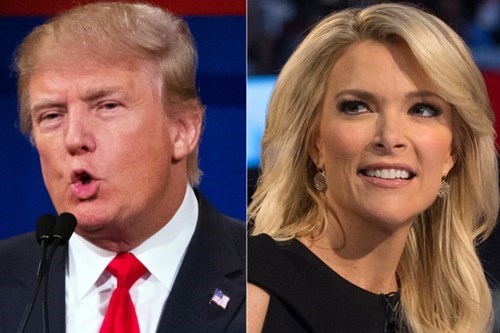 Well, it seems like Donald Trump has not let go of his grudge towards FOX News' Megyn Kelly, even though its been over a month since the GOP debate that sparked the whole thing off.

After Kelly asked him a series of questions regarding Trump's views of women, he took it personally, saying the questions were unfair.

He continued responded, days after the debate, with Twitter baiting and possible interview slander, but that was a few weeks ago and you'd think the candidate for United States President would find other ways to fill his time.

Megyn Kelly returned to her regular FOX show, The Kelly File and Trump returned to troll.

I liked The Kelly File much better without @megynkelly. Perhaps she could take another eleven day unscheduled vacation!

.@megynkelly must have had a terrible vacation, she is really off her game. Was afraid to confront Dr. Cornel West. No clue on immigration!

Then he just started retweeting people.

"@ColeHudson68: @megynkelly @FoxNews @theBlaze @greta @OreillyFactor Megyn needs to go back on vacation. What a waste of an hour on Fox."

And then there's this one.

"@mstanish53: @realDonaldTrump @megynkelly The bimbo back in town . I hope not for long ."

Save us, Deez Nuts.