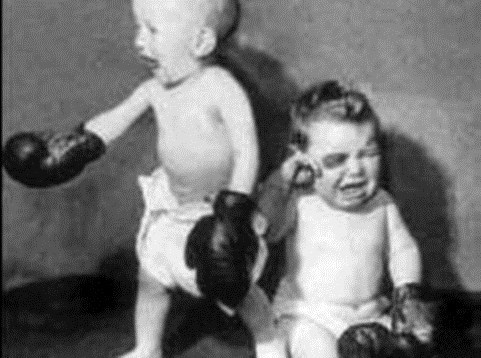 Toddler Fight Club, that is.

Three Delaware women at Hands Of Our Future Daycare have been accused of encouraging their charges to fight each other after a cell phone caught the alleged abuse on video.

According to police, a child can be heard on the video yelling, "He's pinching me!" and one of the women responds, "No pinching, only punching."

"One of the kids involved ran over to one of the adults for protection, but she turned him around back into the fight," said Dover Police Capt. Tim Stump, who is leading a full investigation into the incident.

The bottom line is that the kids were whaling on each other and the adults were doing nothing to stop it. In fact, they were egging it on.