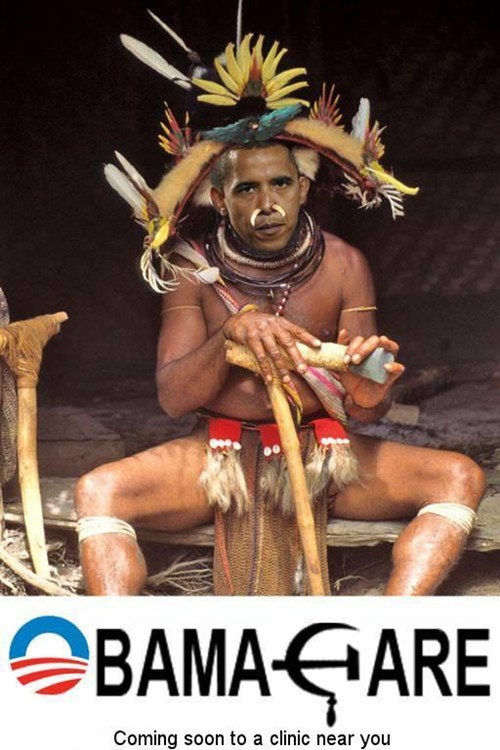 In the final weeks before Election Day, a fight is brewing within the Virginia Republican Party over the Facebook page of a county affiliate that is littered with overtly racist and offensive images of President Obama.

One portrays him and Joe Biden as the stars of Brokeback Mountain; in another, Obama wears a "wife beater," offers a bouquet of flowers, and says "C'mon baby gimme one more chance"; a third image shows him wearing his Nobel Peace Prize on an enormous gold chain.

Mecklenburg County GOP chair Wally Hudson defends the imagery and has ignored a takedown request by the state GOP:

If they don't want to see it, they don't have to look at it. We don't consider any of it racist. ... It's freedom of speech.

Pat Mullins, the state GOP chair, is less than convinced. "These kinds of images have no place in political discourse — period," he said. "The Republican Party of Virginia condemns this sort of imagery in the strongest possible terms."

(Sidenote: Anyone else notice that they're terrible Photoshops?)