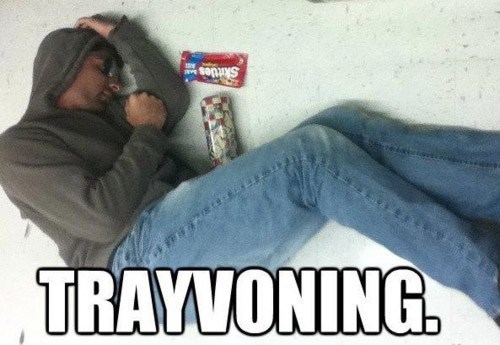 The Trayvon Martin gun-range target was bad enough. Then a bunch of white kids had to go and launch multiple #Trayvoning Facebook groups (that have since been removed).

Trayvoning is like Tebowing, except totally the opposite -- white (and apparently, black) kids pose as a gunshot victim, wearing a hoodie, and holding Skittles and an iced tea, which is what Martin had on him when George Zimmerman shot him to death in February.