Uh-oh of The Day: Over 350,000 Cans of SpaghettiOs Recalled For Containing Chunks of Plastic 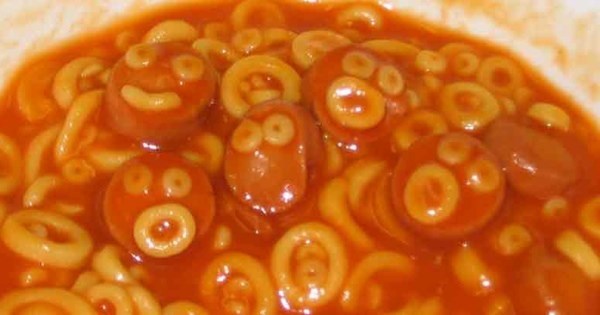 Campbell Soup is in the middle of a massive recall of SpaghettiOs because customers are finding chunks of red plastic floating in the cans.

Over 350,000 cans were recalled because pieces of the 14.2 oz can lining can come loose and cause a choking hazard. The company says the plastic is food grade and not harmful if swallowed.

We are voluntarily recalling 14.2 oz cans of SpaghettiOs Original with a date of Feb 22, 2017, and a UPC code of 51000 22432. This is due to a potential choking hazard posed by pieces of red plastic found in a small number of cans. This plastic material is from parts of the can lining which may peel off. Please don't eat this product

Cans of the recalled pasta can be returned to stores for an exchange or full refund.

Whoops of The Day: A Giant Blimp is on The Loose Somewhere Over Pennsylvania 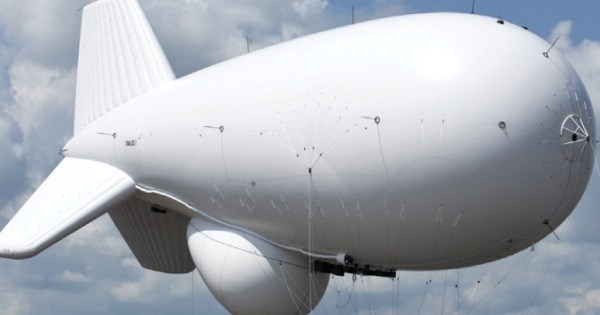 Someone has got some explaining to do.

A giant U.S. surveillance blimp came untethered today around noon and is now floating 16,000 feet over Pennsylvania. Oh, and two F-16s have been deployed to monitor the situation.

JLENS blimp has broken free of its tether and is now over Pennsylvania at 16,000 feet. Two fighter jets are monitoring: NORAD spokesman

But now it has become a threat itself to the good people of Pennsylvania, who are being advised to call 911 if they spot the monstrosity.

And because people on the Internet are horrible, they made some dumb jokes about the blimp.

should've seen it coming when the blimp befriended a young boy pic.twitter.com/fYgRW4BZDC

Pennsylvanians if you see this blimp floating above you don't worry it's just unmoored and will be shot down soon pic.twitter.com/ghrZby3vPF

"They're never gonna let me near that blimp again." pic.twitter.com/3Y1qHwwDx4