You may not think that Jack Black, Morgan Freeman and Orange is the New Black's Natasha Lyonne care a whole lot about the the White House's possible deal with Iran over the development of nuclear power facilities, but they do.

The celebrities join some notable political figures and even former spy Valerie Plame in drumming up support to pass the deal and to ask citizens to call their senators to ensure that the deal makes it through the Senate.

Hate Crime Stand of the Day 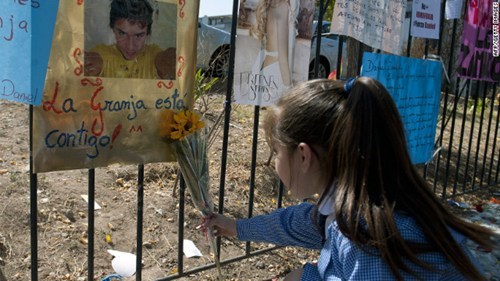 The United Nations has called for passage of an anti-discrimination law after Daniel Zamudio, a gay man who was brutally attacked March 3 in Chile, died from his injuries last week. Zamudio was apparently targeted for his sexual orientation. His four attackers, who have been charged with aggravated murder, beat him for an hour, burned him with cigarettes, and carved Nazi swastikas on his body.

"The case should be seen in the wider context of hate-motivated violence against lesbian, gay, bisexual and transgender persons around the world," said Rupert Colville, a spokesman for the U.N. high commissioner for human rights.