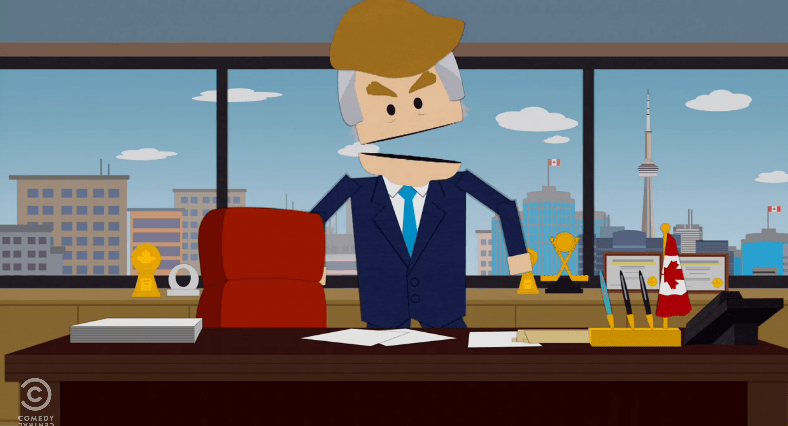 Trump has obviously been all over everything over the past few months, most recently facing off against Stephen Colbert on The Late Show. And the creators of South Park ain't havin' it.

Creators Trey Parker and Matt Stone have been regularly involved in politics, everything from Kim Jong Il lamentation in Team America: World Police to the President Obama's first election episode which aired the day after voting.

In the episode, Donald Trump becomes the Canadian president and he must be stopped. According to the show, they thought his candidacy was a joke, but they let the joke go too far.

To quote the show:

"Did you hear the good news? The Canadian president has been f*cked to death!"

Dash Cam of the Day: Woman Keeps Her Cool During a Violent Car Accident

Frisco68 recently posted this video of her friend getting into a car accident that causes her vehicle to flip. It's amazing how she stays so calm and collected, given the violence of the crash. Luckily nobody was hurt.

Mario's Berserker Rage of the Day

Sure, there have been riffs on the "Mario Has A Bloody Rampage" concept before, but none comes close to Dorkly's God of War-style brutality.