Cold calls for unnecessary services are a pain, but these people put themselves in a no-win situation. They must be pretty bored at the call center t try this hard to sell printing supplies to a printing company. For some professional time wasting, here's a guy who sent a scammer on a crazy ride. 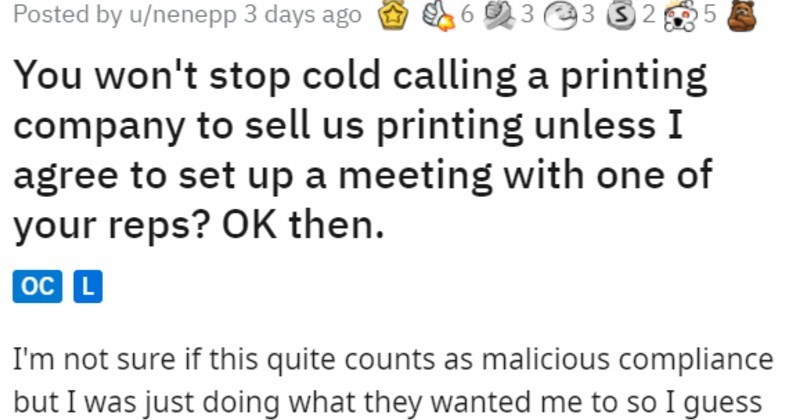 Saleswoman of the Day: Lots of People Think Jessica Simpson was Wasted on the Home Shopping Network

Look, maybe Jessica Simpson was just having a grand old time selling clothing to home-bound fashion hounds. So much so that she slurred her way through promoting jeans like a blacked out 20-year-old demanding that they're find to drive.

There are many aspersions and judgements that we can pass around about the notably strange display above, but we're not going to go there.

We'll let the Internet do it for us.

Jessica Simpson is drunk on HSN right now! Is anyone else seeing this? #JessicaOnHSN

She is beyond wasted right now, right? Right!!??!! #jessicaonhsn

Want an adventure: #JessicaonHSN - I'm going to say Jessica Simpson is D-RUNK. And now, wasn't watching until I was alerted to it. WOW.

She keeps saying "autumnal" and stares to see if she used it correctly. #JessicaOnHSN

Thanks for playing the bad cop for us, Internet. We'll just sit here remaining impassive and nonjudgemental.

We'll also link the TMZ story where HSN and Simpson's people swear that she was, in fact, not drunk.

Because they'd totally cop to it if she was.