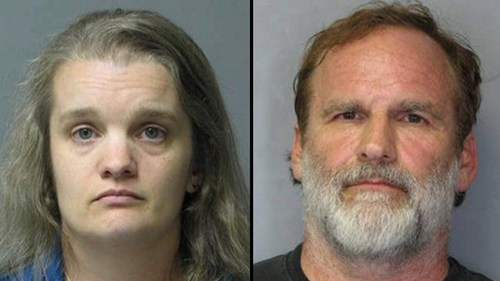 How's this for horrific -- a Delaware pediatrician who wrote a book about kids who've had near-death experiences has been charged with "waterboarding" his 11-year-old daughter.

The girl told police that her father, Dr. Melvin L. Morse, 58, would hold her face under a running faucet so the water would shoot up her nose.

The "waterboarding" happened at least four times in two years. The girl's mother, Pauline Morse, 40, did nothing to intervene and also has been charged, police said.

The girl told police she "could never understand what she did to be punished" and felt scared, according to court documents. She also said her father told her that "she could go five minutes without brain damage."

A review of Morse's book, which he promoted on The Larry King Show, Oprah, and 20/20, says that "In hundreds of interviews with children who had once been declared clinically dead, Dr. Morse found that children too young to have absorbed our adult views and ideas of death, share first-hand accounts of out-of-body travel, telepathic communication and encounters with dead friends and relatives."

The girl and her 5-year-old sister are in the care of Delaware child protective services.