Just don't go chasing that waterfall, you might end up in a rut. There is something truly majestic and awesomely powerful about these marvels of nature. So what could be better than finding humor in the wonders of nature? Nothing, that's what.

Rescue of the Day: Drone Captures Escape From Flash Flood In Maui 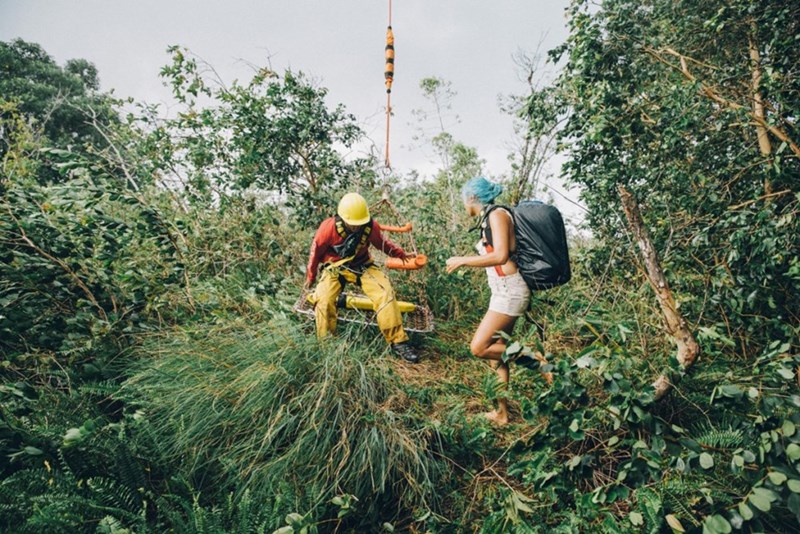 Illustrator and designer Renee Lusano captured this harrowing video from a drone as her group was nearly washed away in a flash flood in Maui.

About 2 miles into a hike into the forrest called "Commando," it started to rain. But the group continued on their trek to a jungle waterfall. The group reached the waterfall and started to swim.

"Then suddenly without warning there was an enormous rush of water coming over the waterfall, it had to have been instantly 50 times as much water rushing over, and the water was flowing fast."

Lusano was able to capture the entire scene via drone while scrambling to find the rest of her group, some of which had been swept into the waterfall by the currents.

Eventually the group was able to find a patch of dry land to call 911 and get airlifted out of the area.

Viral Video of the Day: Powerful Winds Literally Stopped a Waterfall in England

The Kinder River in Northwestern, Derbyshire is supposed to have a 98 foot fall, but not when the winds are this crazy.