Reboot of the Day: Kneel Mortals, for the Return of Xena the Warrior Princess is Nigh 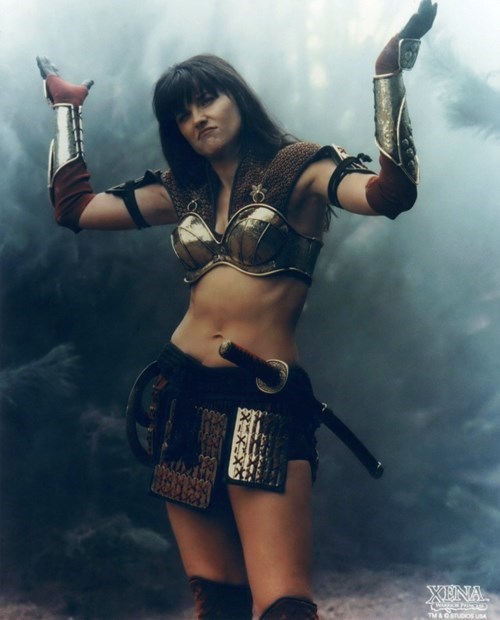 And the carousel of 1990s nostalgia continues making everyone dizzy.

Flavorwire, along with many other outlets, is reporting the return of Xena: Warrior Princess

From 1995-2001, the show about an eponymous warrior princess out to redeem her past sins charmed many with it's campy sensibilities and striking lead actress, Lucy Lawless. Well, NBC wants to see if the magic is still there.

You should know that the reboot is in it's infancy.

It's so early in the project's development, in fact, that the "modern reboot" is still searching for a writer. Thus, all info about the series — which was originally created by Tapert and John Schulian — is written in totally vague terms, as in the aforementioned THR news piece: the fact that "producers are said to be looking for a sophisticated and smart superhero for a new generation" doesn't give provide much in the way of concrete details, given that no one's expecting them to be looking for a dumb superhero for a bygone generation.

This show would join the large roster of 1990s television shows that are suddenly hurdling back at us, from Full House to next January's X Files miniseries.

But just think, we could here this fearsome battle cry again before too much longer.