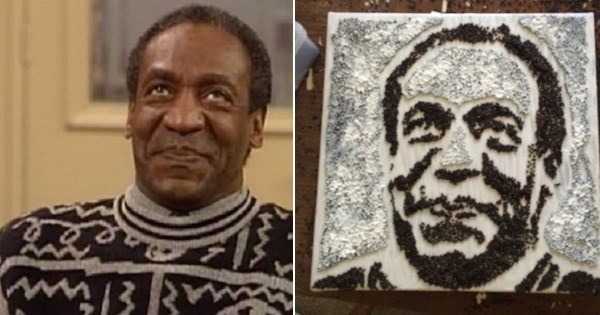 This portrait of Bill Cosby caused quite a stir at the fair before it was taken down after being up for only a day.

The portrait, made form "rapeseed" or canola seed, was created by Nick Rondo, a 37-year-old software engineer. He wasn't surprised people complained.

"The point was just to see, would there be outrage? Would there be people talking about it? Would it even get through?" he told Pioneer Press. Although the portrait was originally allowed into the fair, an official made Rondo cover up the word "rapeseed" on his work, which basically defeats any type of message the artist was trying to make.

Despite the removal of the portrait, Rondo said this was for the best.

"I think it's actually maybe the best possible scenario," he said. "Up for a day and then taken down."