Tweet of the Day: “El Chapo” is not Happy with Trump Victory 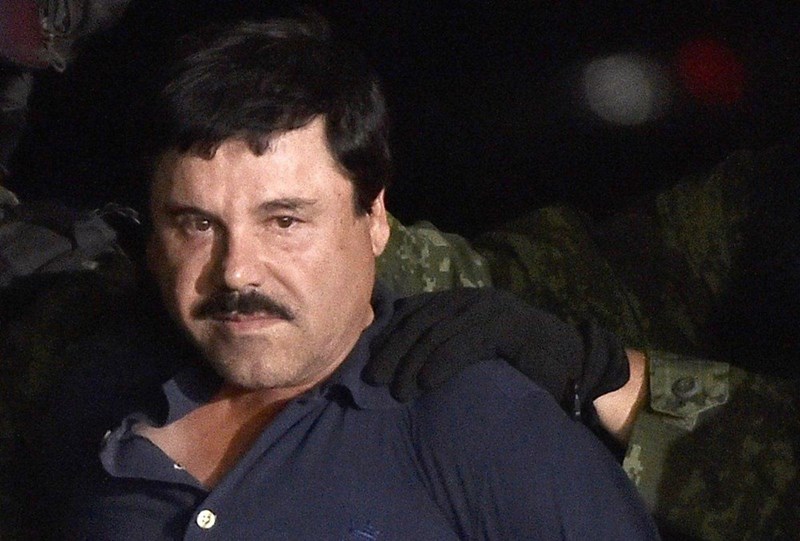 As America comes to terms with its decision to give a billionaire gameshow host the most powerful job in the world, people from around the world have voiced their opinions. One such person is Mexican cartel kingpin Joaquin “El Chapo” Guzman. 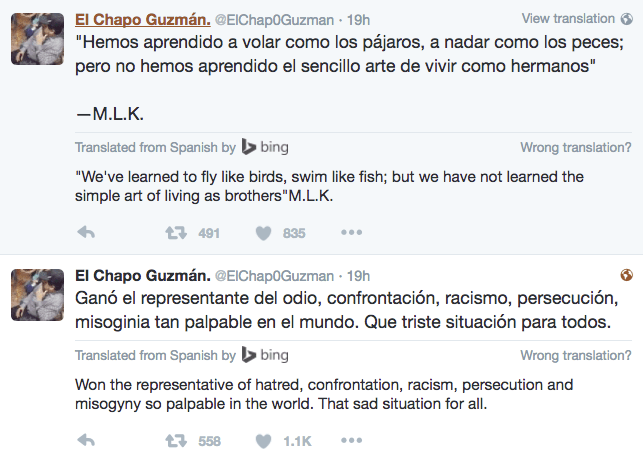 Currently being held in Mexican prison, El Chapo awaits US extradition. The NY Daily News says they were unable to verify the twitter account @ElChap0Guzman; “though it is believed by some to be run by those close to the imprisoned 61-year-old gangster.”

In the past El Chapo has used to Twitter to threaten Trump, after Trump made disparaging remarks about the Mexican people, claiming that they were “rapists” and “drug dealers.”

“Keep f--king around, and I’ll make you eat all of your godd—n words, f—king whitey f—t @realDonaldTrump,” replied El Chapo.

In response to that, Donald Trump contacted the FBI becuase that's really scary.

In all honesty the Star Wars reference and mustache were on point. Anyone else on board for voting Colbert in for a crucial cameo role?

Don't forget to check out the most recent GoPro footage to surface, which provides an all too close and personal full 15 minutes of on-the-ground action. The mission, 'Cisne Negro' or Black Swan, already possesses all the dark and dramatic appeal any modern day, crime-addled thriller needs to make a splash on the big screen.