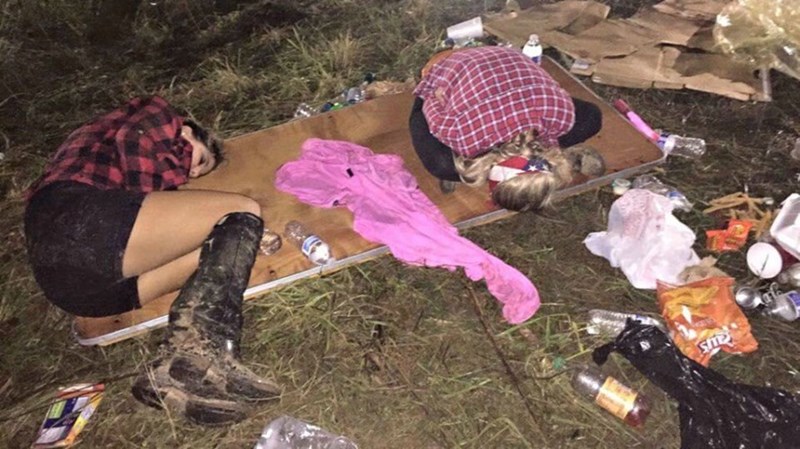 Do you need more evidence for why huge music festivals sound terrible? Here you go:

Thousands of buzzes were killed when the five-day EDM festival TomorrowWorld was abruptly cancelled Sept. 27 due to rain. Without warning or exit strategy for the some thousands of folks who flocked to rural Georgia, the event organizers closed parking lots and the gates. Things got ugly. Atlanta Magazine got to talk with some of the stranded ravers.

When Linda made the 30-mile trek yesterday from Midtown to Chattahoochee Hills for TomorrowWorld, she was ready for the rain, but figured the festival had a contingency plan in place for the 160,000 people expected to attend the five-day, four-night electronic dance music festival. But once Dutch DJ Hardwell wrapped up his headlining set, walking off stage around 1 o'clock this morning, Linda was shocked at what came next: a five-mile walk to a shuttle stop; a four-hour wait for a bus that never arrived; and a $200 Uber ride that got her back home at 7:30 a.m. Others weren't as lucky.

"Some people just gave up, sleeping on the side of the road, with no street lights," said Linda, an Atlanta resident, who declined to give her last name. "You had no cell phone service. It was a recipe for disaster."

Early Sunday morning, TomorrowWorld organizers said that only the 40,000 people "currently camping at DreamVille" would be able to enjoy the last day of the festival, leaving the rest of those 120,000 to figure it out. TommorrowWorld organizers have said they would provide refunds but have not given out specifics on it yet.

Petition of the Day: Artist Wants to Put Outkast on a Confederate Monument

Controversies over government-sponsored Confederate memorabilia have reached a fever pitch lately, culminating in the removal over the Confederate flag from the South Carolina statehouse. There are some remembrances of the pro-slavery secessionists that will be much harder to remove.

For instance, there is this carving on Stone Mountain, Georgia, which displays Confederate leaders Stonewall Jackson, Robert E. Lee, and Jefferson Davis.

As a growing segment of our culture wants to (finally) shed these remnants honoring a Civil War based around slavery, growing questions persist about how to adapt these monuments.

He has a simply brilliant idea for how to 'adjust' that Stone Mountain carving.

Sign my petition and carve @outkast into the face of Stone Mountain. http://t.co/frlMwXFeLP pic.twitter.com/HMFMignzgA

That's right. Williams has set up a petition on MoveOn.org to add Georgia's own Outkast to the monument, putting them right up there with former Confederate leader Jefferson Davis.

The petition explains it fully:

I believe it's important to recognize the history and heritage of all Georgians. However, the carving of Davis, Lee, and Jackson on the side of Stone Mountain only represents a small, regrettable time in the history of the Peach State. It's high time we added a bit more of our history and culture to this monument.

By no means do we wish to erase or destroy the current carving, which, regardless of its context, is an impressive and historic work of art. We simply wish to add new carvings, of Atlanta hip-hop duo Outkast, to the mountainside. There's plenty of room.

I believe that Daddy Fat Sacks and Three Stacks should be carved riding in a Cadillac (as is their wont). This will help the new carving blend nicely with the Confederates who are on horseback.

Outkast are two of the greatest Georgians in the history of our state. It's about time the Empire State of the South paid proper tribute to them, while also improving a great monument and tourist attraction.

Look at it again!

The two dope boyz in a Cadillac have remained relatively silent on the matter, although Big Boi has retweeted it a few times, which constitutes approval, right?

So, what are you waiting for? Sign that petition and let Stone Mountain more adequately represent Georgia's people. 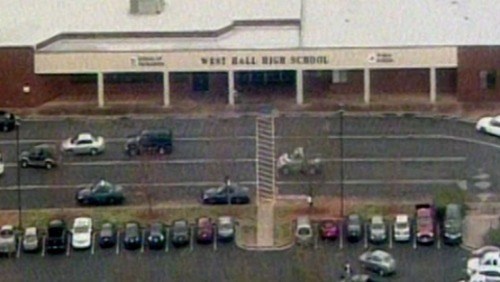