Video of the Day: New and Improved Version of Macklemore’s Thrift Shop Video is Made from Gifs

Macklemore is a tricky beast. On the one hand, he’s a Grammy Award-winning artist, and on the other, he has that haircut.

In that spirit, the folks over at HQG Studios put together a really cool version of Macklemore’s breakthrough “Thrift Shop” video out of a bunch of gifs and typography. That means there are appearances by Back to the Future's Doc Brown, Sesame Street's Bert, some viral stars, and standup comedy legend Alan Shemper.

HQG Studios is a collective of 21 members from Reddit and Imgur. In the past they have updated Taylor Swift’s “Shake It Off” and got nearly half a million views on YouTube.

Check out the video and a list of credits here.

Feels of the Day: Macklemore Returns with a Song About His New Daughter and Ed Sheeran 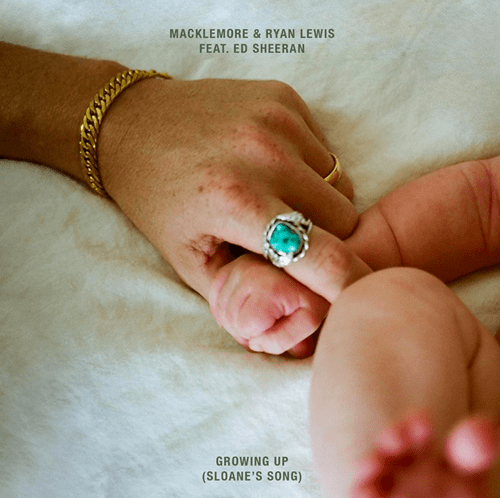 Mackelmore hasn't released a song in three years, instead choosing to take time off to probably go thrift shopping.

While he recently opened up about his experience relapsing on drugs, he saved his biggest news for Aug. 5, when he released his new single featuring none other than Ed Sheeran.

(Ed Sheeran just seems to be everywhere these days.)

Mackelmore explained the meaning behind the song and what brought him back to the studio in greater depth on his Instagram.

When you try to escape yourself, life has an interesting way of creating situations that force you to come back. To look at who you are. This is why "Growing up" felt like the right song to re-emerge with. It's where I've been the last year, through all the ups and downs. We didn't want to do a big campaign or anything over the top with this. We just wanted to put out good music, directly to the people that have been here since the beginning. Thank you for your patience. Hope you enjoy.

And if you're wondering…

Our daughter, Sloane Ava Simone Haggerty was born 2 months ago on May 29th. There is nothing like the joy and happiness that comes from bringing a baby into this universe. She has filled my heart in ways that I never knew were possible. She is the love of my life. This song is for her.

You can listen to the full single, entitled Growing Up (Sloane's Song), right here:

Macklemore May Have Stepped Over the Line With This Costume, but Seth Rogen Has the Best Burn in Response 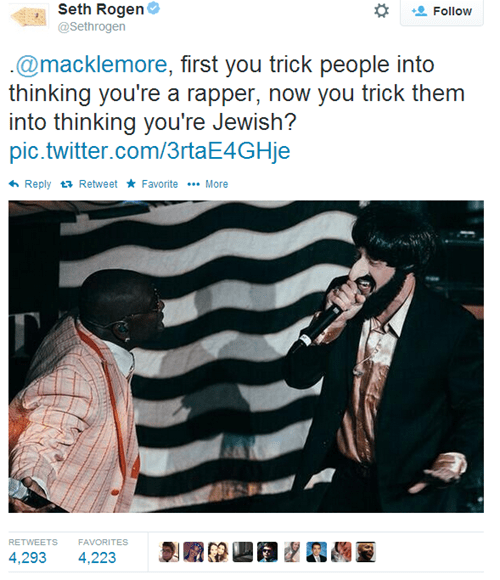 Macklemore has since somewhat half-assedly apologized for the costume, but we'll let the picture do the talking.
An updated response from both Macklemore and Seth Rogen, for good measure: 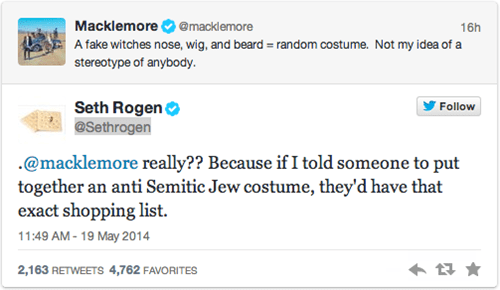 Forget about Gucci and Armani -- rapper Macklemore isn't afraid to get hella savings by shopping smart. The video and song are also pretty damn good too.

Macklemore even held an instagram contest for fans to send in their best thrift store finds. Here's the winning shot.