Featuring a dogs, Kanye West, Donald Trump and (of course) fidget spinners. What could be better on a list of the day's funniest memes. One of the most beautiful aspects of funny memes is, there's no limit. No one will tell you not to make a meme, unless its not funny or entertaining, then they are doing a favor and saving you a lot of downvotes. But at least you can start getting some ideas of what does work from this page and a few others. Check out some of these funny memes and pics made just for your pleasure and entertainment, or take a laughing challenge and see how long you can go through these hilarious memes without busting a gut. Over/Under is about 3. May the odds be forever in your favor. 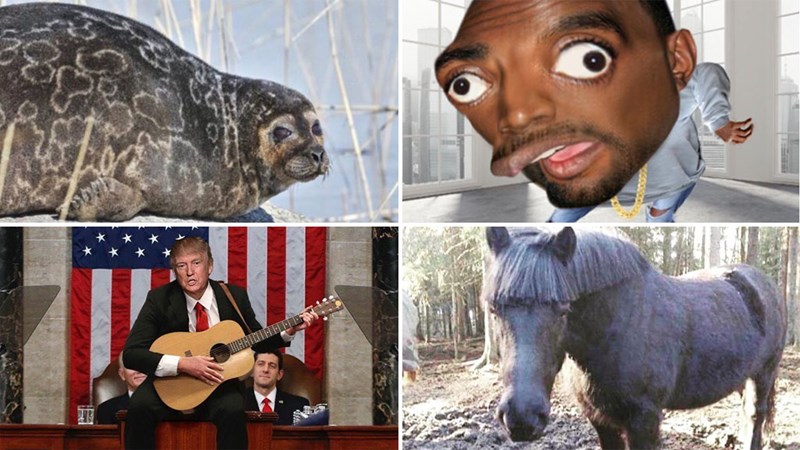 A fine collection of Funny Memes for all you wonderful humans that were gathered from the mother of all searches, google!  And here is a link to the google search where these fine memes have been plucked from. If you are still not satisfied, have a look at these Top 16 Funny Memes  that'll have you snickering. 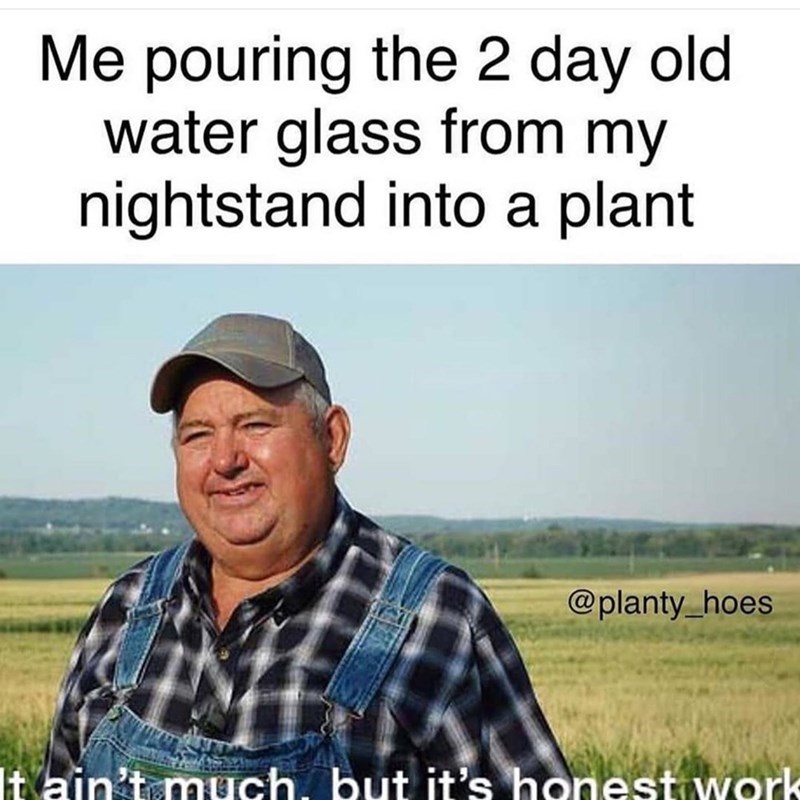 Hilarious SNL skit in which Kylo Ren (played by Adam Driver) poses as a simple radar technician in order to find out what the employees of the First Order REALLY think of him. Some say he's shredded.

13 Kanye Memes That Might Take You To The Sunken Place

Our friend Kanye West is in the news more than ever right now. He performed his infamous new song "I Love it" on Saturday Night Live over the weekend with Lil Pump wearing a Perrier bottle costume, and wore a MAGA hat while giving a pro-Trump speech that didn't actually make it on air. Since then, people have been meme-ing Kanye to absolute heck. 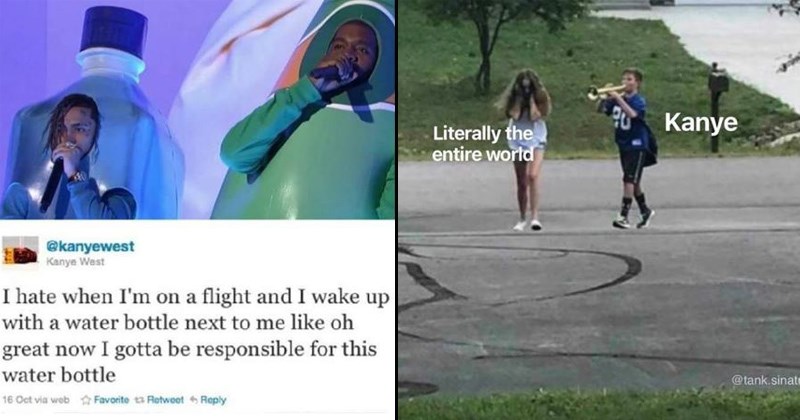 If you've been on the internet at all over the past couple weeks, you've probably become acquainted with BBQ Becky. She's currently internet famous for her racist call to the police over a group of black men barbequing in an Oakland Park. Clips of the disgruntled woman's call quickly became a viral photoshop meme, and even inspired an SNL parody. When Nashville comedian Tim Northern decided he wanted a piece of the make-fun-of-racists pie, the bar got RAISED. He decided to share these hilarious photos of himself "snitching" on white people. If you like what you see, find more on his personal Facebook page! 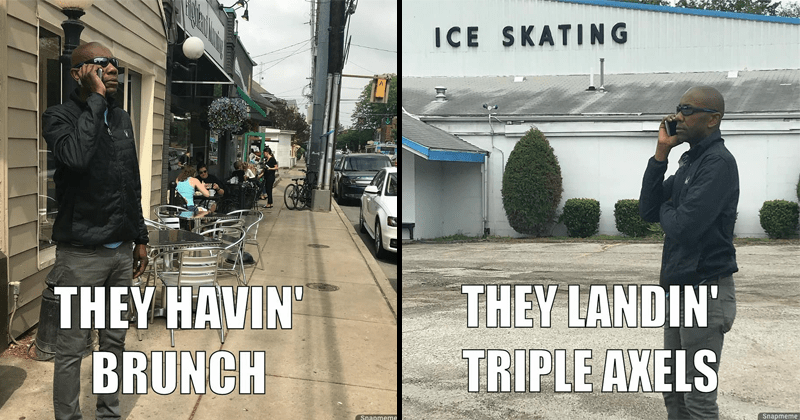 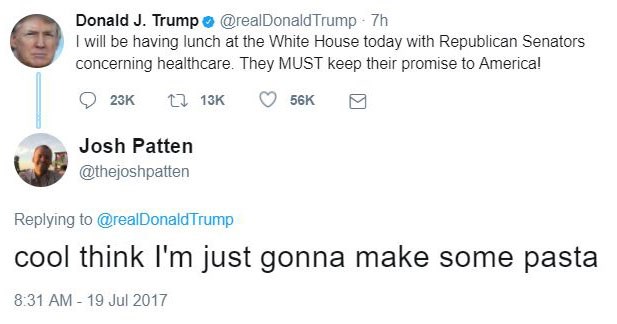 Breakdown of the Day: Watch the Organized Chaos of an SNL Set Change

Everyone has an opinion of Saturday Night Live. Is it funny? Is it not funny? What did the president elect tweet about it?

But the fact that everyone only focuses on the content of SNL is a real testament to its production. People hardly notice the time and effort that goes into putting together a sketch. All they care about is whether or not they made us laugh.

To shine a spotlight on the production, though, Saturday Night Live released a video showcasing the two-and-a-half minute changeover, from cold open sketch to monologue, and it’s pretty impressive.

Maybe think of this next time you say that SNL isn’t funny anymore. Or don’t, honestly, just because the show’s hard to make doesn’t mean you have to like it.

Gift of the Day: Trump Gets Putin for Christmas on SNL This Weekend

It’s starting to look like SNL has a little of the Trump Regret that’s been going around.

And to make up for having him host last year, the sketch show has been really sticking it to that reality TV game show host who won the presidency last month.

This week in the on-going saga of Alec Baldwin’s Donald Trump, he gets a Christmas gift from Russian President Vladimir Putin, who was just hiding in the walls. Can you guess what it is? Do you want to take a peek in someone else’s email to see? That can be arranged…

Anyway, this is just one of the few Christmas themed sketches this week on SNL, including an updated version of Run-DMC’s “Christmas in Hollis” and Hillary Clinton showing some “Love, Actually” to some electors.

Binge Watch of the Day: SNL says “Goodbye” to Election 2016 and the Best Late Night TV of the 2016 Election

The election ends tomorrow, which means that late night TV is about to get a whole lot more boring (unless of course you're really in watching Channing Tatum play Twister — in which case, it’s about to become a whole lot more exciting). But that doesn’t mean we can’t have one final, hardy guffaw at the moments that defined these truly terrible and awful eight months.

Saturday Night Live closed out the election season with an awe-inspiring final debate between Kate McKinnon's Hillary Clinton and Alec Baldwin's Donald Trump, but what of the other great moments of this election cycle, the sketches and segments that kept up sane this past year?

From Jon Oliver’s blistering new nickname for Donald Trump to SNL's instant-classic “Black Jeopardy,” Wired has catalogued the best late night TV comedy of the year. Fall in love all over again with Jon Stewart popping in on Colbert and Jimmy Fallon tussling Donald Trump’s hair. We won’t believe it happened when it’s over, so revel in it all today. Check out Wired’s timeline of the sketches that defined the election here.

And to that we say, so long, Election 2016, you brought out the worst in all of us, and we’re happy to see you go.

Reason to Hang in There of the Day: Dave Chappelle is Hosting SNL After Election

Here's another reason to live past Election Day: Dave Chappelle will be hosting Saturday Night Live on November 12. This isn't just big news because Chappelle's the best, but also because it's the first time he'll be returning to sketch comedy since he ended Chappelle's Show in 2006. Not to be outdone, Chappelle will be sharing the stage with musical guest A Tribe Called Quest.

Set your DVRs to stun. 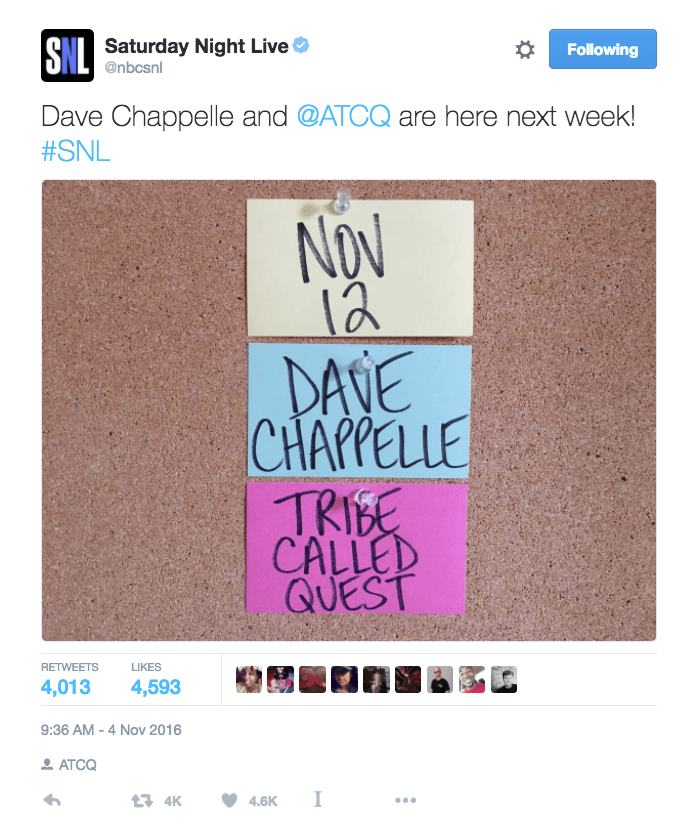 Peter Dinklage (AKA Tyrion from Game of Thrones) hosted SNL over the weekend. "Space Pants" was pretty good, but his best skit had to be this spoof of Naked & Afraid with Leslie Jones.

Ariana Grande showed off her singing and impression skills performing the songs of other popular singers in this sketch. She is also making headlines for uttering profanity during her monologue.

This isn't the first time she's shown off her amazing skill for impersonation. She was also very convincing in an appearance on the Tonight Show:

Since Beyoncé dropped her newest single, 'Formation', people have been engaged in debate.  A lot of people have been complaining that Beyoncé's references to Black history and culture in her song, video and Super Bowl halftime show didn't belong in such a 'family friendly' broadcast like Super Bowl 50. Supporters of the song have pointed out that Beyoncé is, in fact, Black. As this Saturday Night Live sketch points out, it's not really that shocking that a Black woman would make reference to who she is and her heritage in her music. It's actually pretty silly to make such a big deal about it.

For reference, you can watch the 'Formation' video to see what all the fuss is about:

Bernie Sanders also made a much awaited appearance in a sketch with Larry David as well. 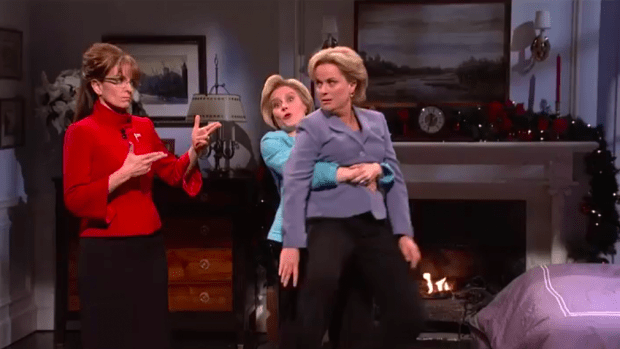 Republicans are about to be pissed. Poehler and Fey take all the rumors surrounding Hillary Clinton (email related jests galore), and compile the mess into one absurd, comical stereotype.

Fey's Palin spends much of the skit hung up on '08, and all the fun she had running for office. She carries on with a nice little monologue: "Oh gee, I should be the one giving you advice because in 2008 I got a heck of a lot closer to the White House than this gal did," the Palin character said. "So here's my advice: you gotta do what you believe in your spirit, but also America, but not teachers and their fat liberal books, but also and even why worry about fast food wages with their status quo — which is another Latin word, status quo — meanwhile Americans are being taken for a ride and also the man can only ride you when your back is bent, so."

Impression of The Day: Larry David Delights The Internet as Bernie Sanders on SNL

Be at rest, Internet. Your favorite democratic socialist candidate just got the best person ever to impersonate them on SNL.

Seinfeld co-creator and Curb Your Enthusiasm star Larry Davis appeared on the show this weekend and totally nailed his Bernie Sanders impression.

The email moment from the Democratic debate was almost a perfect match.

There's no denying it, Larry David was born to be Bernie Sanders.