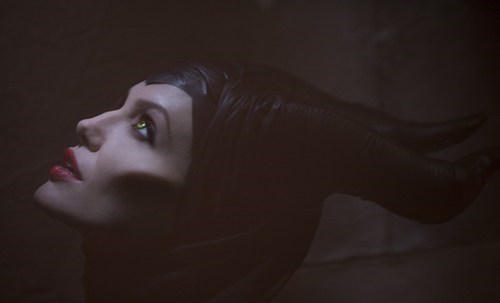 Disney has released its first pic of Angelina Jolie as the villain in the upcoming Maleficent, and the casting obviously is perfection. The film, scheduled for March 2014, will tell the backstory of the dark queen from the 1959 classic Sleeping Beauty.

"I've already got my horns fitted. My kids are very happy," Jolie, who also is producing the film, told EW earlier this year.

Official Celebrity Engagement of the Day 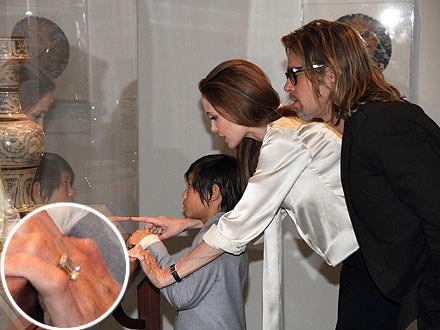 Late yesterday, gossip sites almost broke when this picture of Queen of the Universe Angelina Jolie surfaced, in which she's rocking some serious jewelry. Nothing was confirmed until late Friday night, when Brad Pitt's rep gave the ol' wink and the gun in the form of a "yes, they are" press statement. 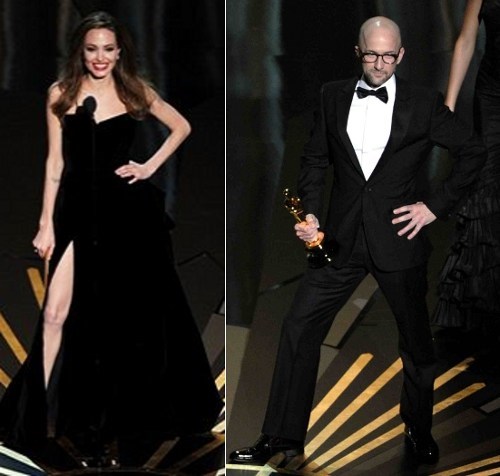 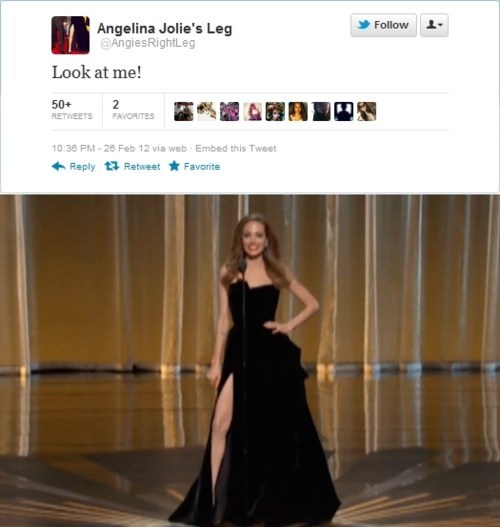