Mittens Hearts Ann of the Day 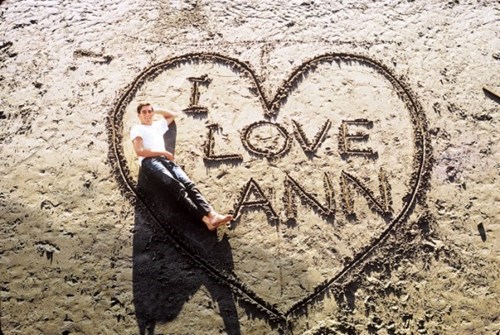 Via The Jane Dough
Repost
Recaption

Say what you will about Romney's recent missteps -- this 1968 pic, taken during the candidate's missionary days in France while Ann was studying at BYU, is quite the charming romantic gesture.

Too bad so many are calling its release desperate.

Political Spat of the Day 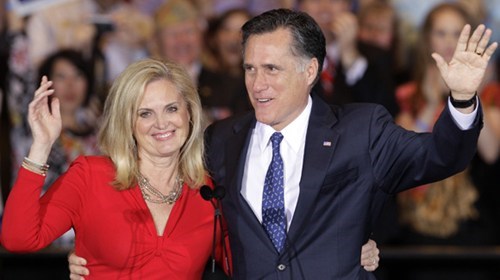 Mitt Romney's wife Ann joined Twitter this week to publicly refute DNC adviser Hilary Rosen's assertion on CNN that, "Guess what, his wife has actually never worked a day in her life."

"I made a choice to stay home and raise five boys," reads Romney's first tweet, posted shortly after Rosen's comments aired. "Believe me, it was hard work."

"I could not disagree with Hilary Rosen any more strongly. Her comments were wrong and family should be off limits. She should apologize," tweeted Obama campaign manager Jim Messina.

Rosen responded via Twitter: "I've nothing against @AnnRomney. I just don't want Mitt using her as an expert on women struggling $ to support their family. She isn't."

While no Betty White, Romney has 18,000 followers and counting.