This Korean Baserunner Was a Little Too Aggressive

Gif of the Day: Boy Given Baseball Cannot Believe It

There are a lot of good first pitches out there, but this one has to be the most heartwarming.

Douchebag of the Day: Grabby Adult Makes Derek Jeter Struggle Trying to Give a Ball to a Kid

Colón is a pitcher and never had to bat because he played in the American League where they use a Designated Hitter. Now that Colón is in the National League, where pitchers bat, we get to watch the 40 year old strut his stuff.

Game of the Day 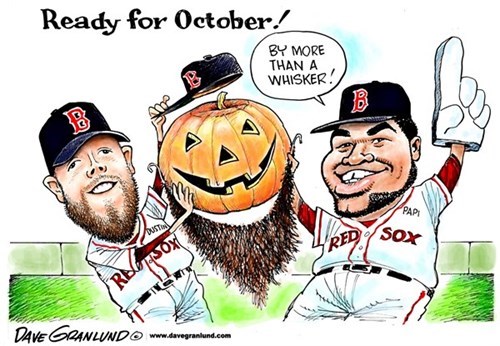 Who wants a grand slam? Meet you at Denny's after the game.

Photo Op of the Day: A Reporter's Instagram Self Reveals a Near-Death Experience 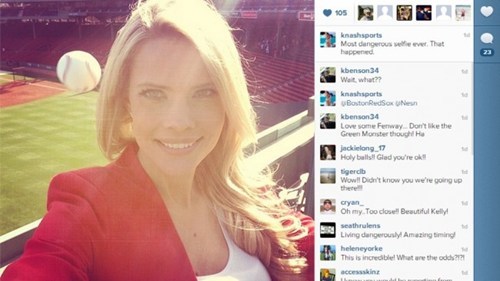 Who knew taking selfies could get so dangerous? After Sun Sports reporter Kelly Nash took an Instagram of herself during a Red Sox batting practice, she later discovered that a flying ball had narrowly avoided hitting her in the skull. On an interesting side note, Nash later credited a DVD copy of the film Angels in the Outfield she had been carrying with her for saving the day.

Fraud of the Day 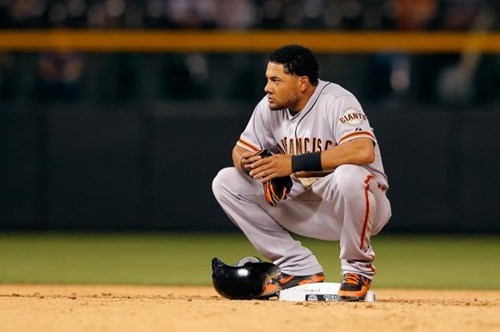 Major League Baseball All-Star Game MVP Melky Cabrera is the most recent recipient of a 50-game ban handed down by the league office, after testing positive for testosterone -- a no-no under the league's performance enhancing drug policy. Normally that's where the story ends, barring appeals. However, the New York Daily News has discovered a bizarre plot -- one that would make Albert Belle's Cleveland Indians proud.

Melky and his "associates" concocted a website which sold a fake product containing a banned substance, which Cabrera unknowingly purchased and used. Cabrera presented this as evidence at his appeal hearing, and probably thought he was home free. That is, until some very obvious subjects were addressed:

MLB's department of investigations quickly began asking questions about the website and the "product" — Where was the site operating from? Who owned it? What kind of product was it? — and quickly discovered that an existing website had been altered, adding an ad for the product, a topical cream, that didn't exist.

The comedy of errors now involves the FDA, an investigation into Cabrera's "associates", and (what we can all assume) an unlikely repealing of the suspension.

All-Star Festivities of the Day

If you consider all the gimmicks minor league baseball teams employ to get fans out to games, there is nothing unbelievable about this, including the guy hanging from a crane attempting to catch a fly ball. Check it out Tuesday evening if you're in the Reading, PA area. 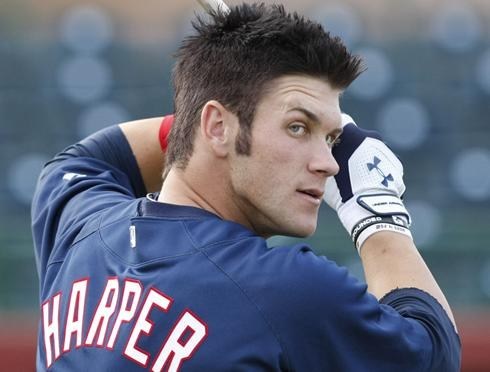 Baseball analysis is difficult enough trying to decipher WHIP, WAR and OPS, but author Mark Judge took it to a whole new level with this political commentary, comparing rising stars Bryce Harper and Jason Heyward. Mr. Judge, who declared Harper a "conservative hero," points to one particular play involving the two, where Harper legged out an extra base on a would-be single, which Heyward lazily fielded:

Heyward's bungle showed a complacency, if not indolence, that Harper threatens to destroy, but it also could be a metaphor for the collapse of the old liberal order. Heyward was like one of those public school teachers who, because they are a union member, can't be fired and so are relegated to the "rubber room" to sit and read the paper and gather a check for the rest of their lives.

A commenter responded with this rebuttal:

The Nationals picked Harper first overall because they had the worst record in baseball. They didn't earn that pick through hard work, in fact they worked the least and were rewarded for it. That sounds like income redistribution to me. Bryce Harper is a socialist hero.

Kids Reenact The Darndest Sports Moments of the Day

In what can only be described as an act of war against Red Sox Nation, these young Kenyans (and possible Mets fans) recently saw fit to reenact Bill Buckner's infamous error from the 1986 World Series.

Wishing to "make a movie about a famous sports event," the kids of course chose something that would force Bostonians to simultaneously relive their worst nightmare while being unable to express anger, because honestly, who can be mad at Kenyan children?

Everybody Needs a Hobby of the Day 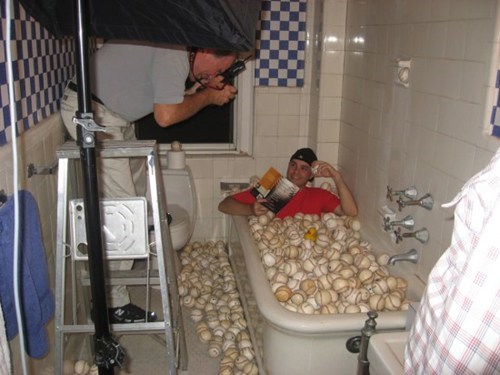 New Yorker Zack Hample's collection of more than 5,800 baseballs, both home runs and fouled balls, is the largest in the world. "Yes, I'm obsessed," admits Hample, who's snagged balls since 1990. His only goal during baseball season is to hit as many Major League stadiums as possible and snag at least a thousand balls -- and his success relies on a carefully honed combination of preparation, ingenuity, and pure dumb luck.

"If the White Sox come out early for batting practice, I'm going to throw on my White Sox gear and start shouting at them," he says. But he'll happily switch gear depending on the team. Some of the players make a game out of throwing him the ball: "It's cool to be connected to all these guys. It's my own version of fantasy baseball, where I get to interact and play with numbers and feel like I'm a part of it somehow." Hample also has a rigged mitt, and he yells at foreign players in their native languages.

If you've read this far and consider Hample a Major League distraction, or just a jackass ballhawk, take note: He's written three books about baseball, and he's also started an initiative through which people pledge a dollar amount for every ball he collects. He donates the proceeds to Pitch in for Baseball, a charity that provides baseball equipment to underprivileged kids around the world. "I just love baseball," Hample says, "and I feel like I would be going to games regardless and just being obsessed with the sport."