Miss P the Beagle Won Best in Show at Westminster 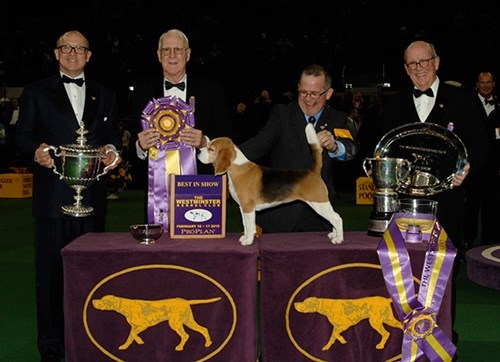 Meet Miss P, the beagle who was crowned "Best in Show" Tuesday at the 2015 Westminster Dog Show in New York.

Despite being just 15-inches, "she thinks she's the biggest dog in the show," according to her handler, Will Alexander.

Miss P is the grandniece of a Uno, a beagle that also won "Best in Show" back in 2008, so apparently it runs in the family.

Patty Hearst's Shih Tzu "Rocket" won the toy group and was also among the finalists.

Adorable Animals Being Adorable of the Day

Maymo -- of Beagle vs. Lemon fame -- is clearly a bigger fan of cabbage than citrus fruits.