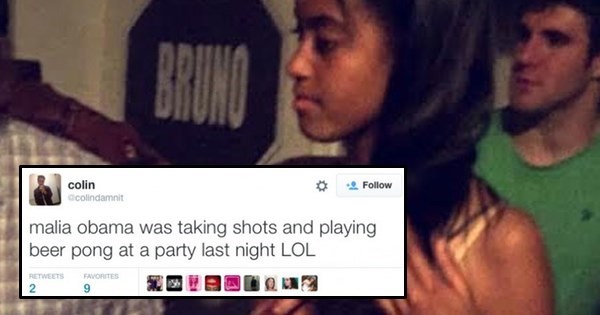 Via The Daily Caller
Repost
Recaption

The high school senior was reportedly attending a frat party at Brown University as part of her college touring process.

But Malia might want to reconsider choosing Brown. The students there appear to be a bunch of snitches that have absolutely no chill.

Standing next to Malia Obama at a party nbd

MALIA OBAMA IS SOMEWHERE ON CAMPUS THIS IS NOT A DRILL

It has been noted on social media that everyone should calm down about Malia playing a game of beer pong.

Before we freak about Malia Obama supposedly playing beer pong on her college visit let's remember the Bush twins pic.twitter.com/iUF566vw9n

Tech of the Day: This Robot Can Play Beer Pong Better Than You

Sorry bro, your days of dominating everyone at beer pong are numbered.

Empire Robotics has created a robotic arm with a specialized ball on the end of it that hardens and softens to pick up objects.

So, for example, it can pick up ping pong balls and toss them into Solo cups.

Watch it flawlessly make 6 cups in a row in the video above, and – if you dare – challenge it in person at the 2015 Consumer Electronics Show (CES) in Las Vegas.

"The robot is not perfect, so it's possible for a human to win, but it's pretty good, so you'd have to be pretty good at beer pong," said the company's project manager John Dean.

Shot Glasses of the Day 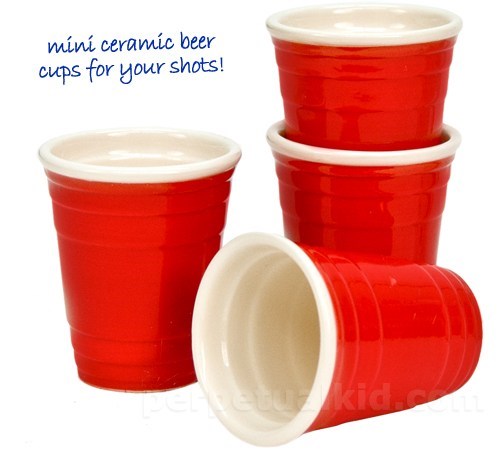 If the Borrowers played beer pong, they totally would use Red Solo Cup shot glasses.