The Best Starter Pack Memes We Found This Week

Are you old enough to remember starter packs before the memes? Card games? No? Well r/StarterPacks has all the hilarious prepping plans for the necessary gear for any occasion or situation. So take a look at these top starterpacks and if you enjoy bringing your prepping to the next level, check out last week's top starterpacks for the ultimate laugh session! 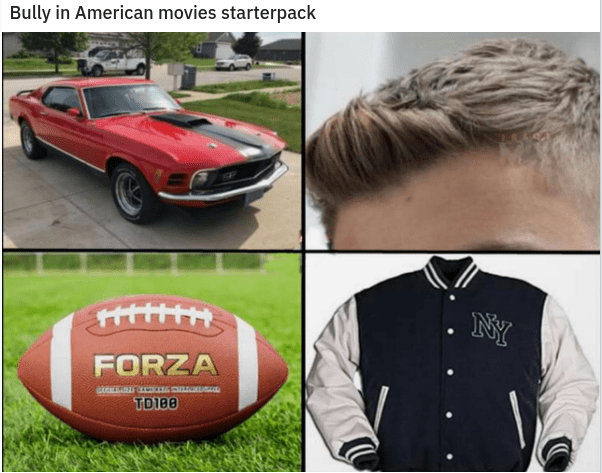 Guy Feeds Crows, Crows Get Back At Bully Neighbors For Him

This is why you don't mess with crows, or better yet, why it pays off to have some feathered friends in high places. This guy's neighbors sound like they were a real piece of work, and generally unfortunate people to be around. Fortunately, he was able to befriend some crows that would appear to have picked up wind of this, and proceeded to stand up for him. With all the wild stories of people's experiences with intelligent, devilishly clever crows, it's really no big surprise.

For another glorious tale of petty revenge, check out this story about a sister who always stole their sibling's food, so the sibling took revenge at graduation. 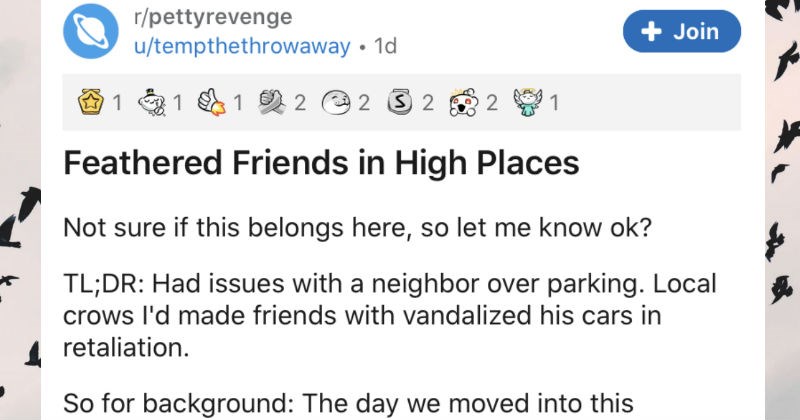 Getting used to a new work dynamic can be stressful, and this new employee decided that they wouldn't be bullied into participating in free donut day. Instead of just blowing the thing off, they thought to make their point more clear in the form of middle finger donuts. For some more office shenanigans, here's an employee who annoyed their coworker with plants. 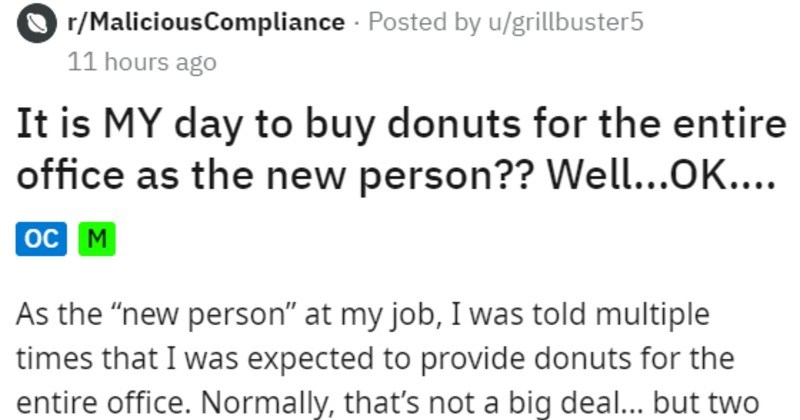 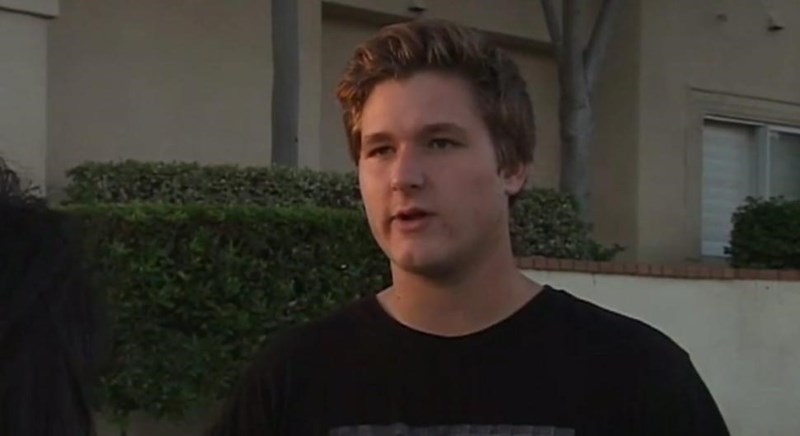 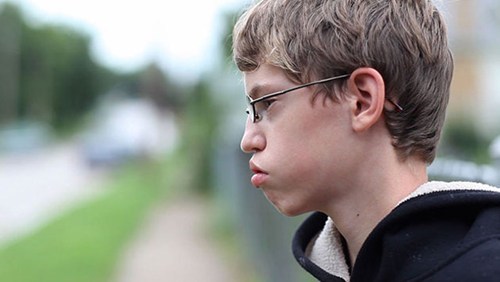 After a drawn-out battle with the MPAA, a toned-down re-submission of The Weinstein Company documentary Bully has earned a PG-13 rating.

A crucial scene in the film that centers on main subject Alex Libby -- in which there are three uses of the word f**k as he is harassed on a bus -- will stay put.

"The scene that mattered remains untouched and intact, which is a true sign that we have won this battle," said director Lee Hirsch.

Follow Up of the Day: Bully Gets 13+ Rating from Common Sense Media 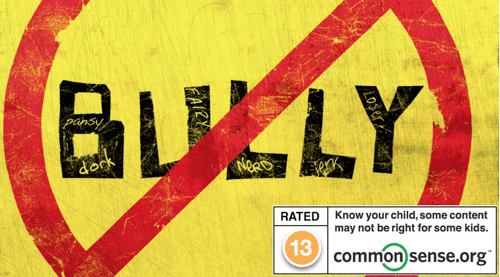 The Weinstein Company has scored a couple of victories in the ratings battle over Bully, striking a deal with AMC Theaters to allow moviegoers under the age of 17 to see the bullying documentary despite Weinstein's decision to release the movie without an MPAA rating.

Unrated movies are typically treated as NC-17 -- no minors allowed, even with parental permission -- by the MPAA and theater owners, but AMC has made an exception for Bully, letting kids 17 or under into the movie with a parent or a signed permission slip.

The Weinstein Company has decided to use that rating, instead of the MPAA's proposed "R" (for strong language), on Bully's promotional poster, marking the first time a CSM rating has been used by a studio to promote a film. 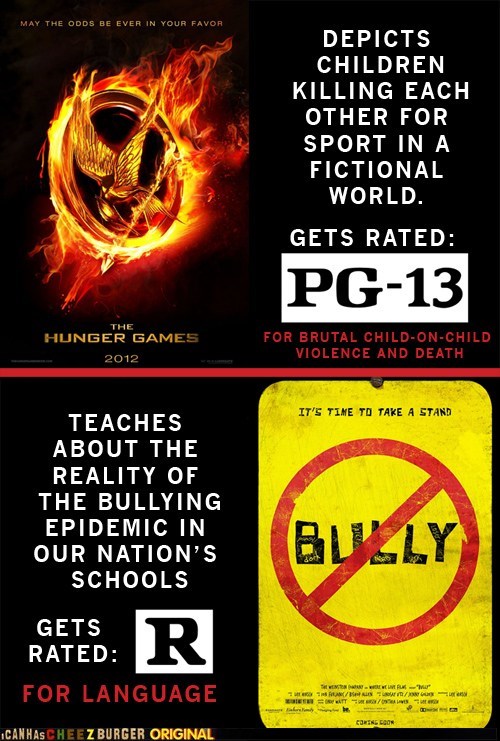 Of course the MPAA doesn't want people to see Bully. If people stopped turning a blind eye to bullying it would no longer exist.

By johnnyi
Repost
Recaption
Advertisement
The Daily What
Favorite