Burning Man Can Be Seen From Space (Photos)

Burning Man is a one-of-a-kind festival that takes place in the desert in Nevada, attracting tens of thousand of people every year. It is well-known for its extraordinary art installations, outrageous costumes and interesting transportation methods. Maxar Technologies just released some satellite images of the festival on Twitter, and they're amazing. Not only is the festival 100% waste and money free, it's also a perfectly symmetrical miniature city that's build out of nothing. And we want to go. Real bad. 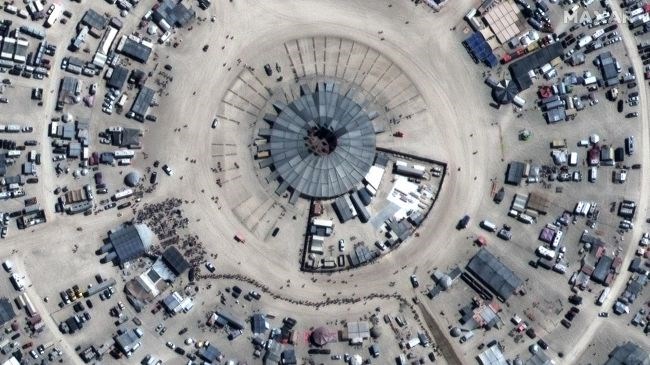 Ten Of The Most Wow GIFs From The Past Week

Earth is a big place, with lots of stuff happening. And some of that stuff is pretty cool. So here are ten of the most amazing things that have happened in the past week (if you want to see the best GIFs from the previous week too, go right ahead!). Enjoy. 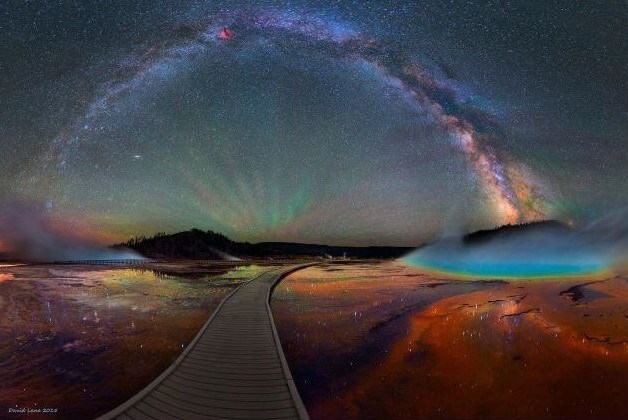 Even If You're Not Covered in Playa Dust, You Can Still Enjoy Burning Man Watching This Hyperlapse

The video description explains how much land was bought and a vague sense of what is planned for it:

Burning Man Project has purchased the Fly Ranch property, 3,800 acres of land located twenty-one miles north of Gerlach in Washoe County, Nevada. The site opens the door to new possibilities, new cultural experiments, and year-round art and innovation projects on a scale never before envisioned. And like Black Rock City, Fly Ranch will be a collaborative endeavor requiring a vast array of skills, ideas, and contributions.

Seems Legit of the Day: Luckily, This Van Didn't Fool Any Children

For some reason, parents in suburban Sacramento got suspicious when they started seeing this van around town.

The white van, with "Free Candy" hastily painted across it and foreboding hand prints dragged across the windowless back end, brought in many calls and cell phone pictures to local news channels.

And it was CBS Sacramento that finally cracked the case:

Lawrence Bellow, 12, snapped a photo on his cellphone of the suspicious van parked outside his home.

"It looked too fake to be true, but I didn't want to get a closer look for sure," he said. "I was kind of nervous about it; I didn't know what was going on so I just wanted to get evidence in case anything happened."

He had a gut feeling the white van with blacked out windows and no license plate could be trouble.

His mother first noticed it at Walmart yesterday, then came home to find it parked on her street.

"It had handprints in red and it almost looked like—I think it was supposed to look like blood honestly; it just looked like the handprints were dripping down," she said. "It just felt like they were trying to track kids and it just gave me a creepy feeling."

Other concerned neighbors snapped photos of the van driving around; one shows it alongside a school bus.

They made some calls and found out the truth — the van was headed to Burning Man.

Speaking of Burning Man, in case you missed it, here are a bunch of scantily clad women hula hooping in the desert. It's more artistic than you think.

Not Safe For Work -- partial nudity.

Photo of the Day 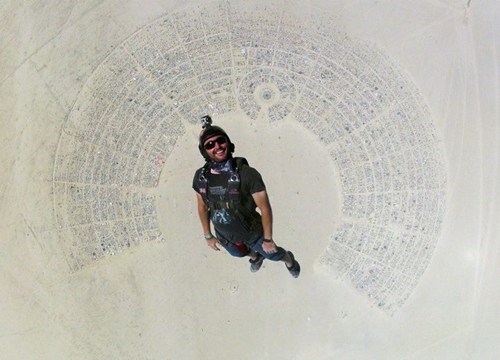 He's not the highest one there.

What is this?! A festival for ants?