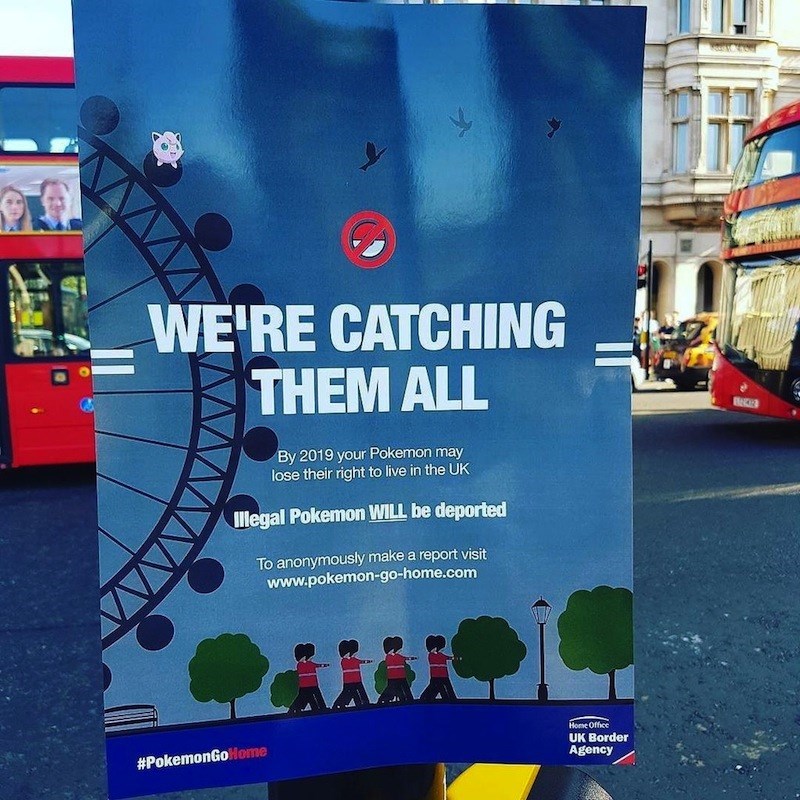 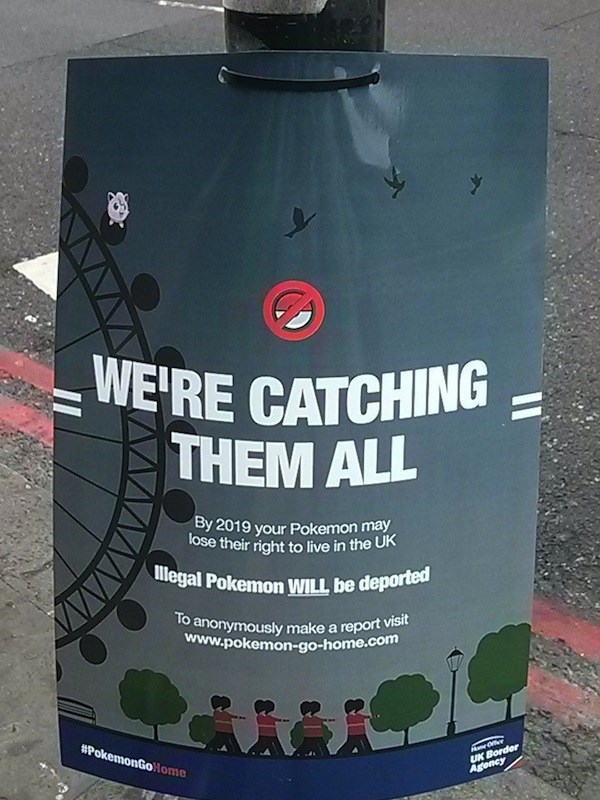 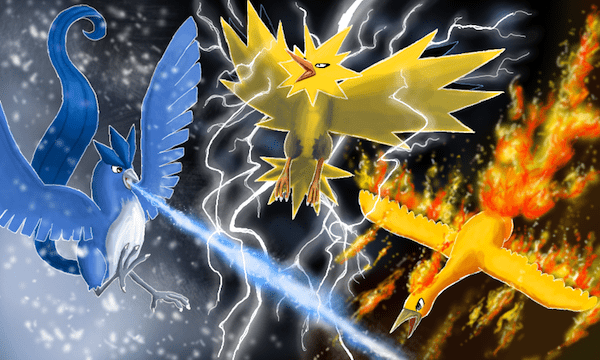 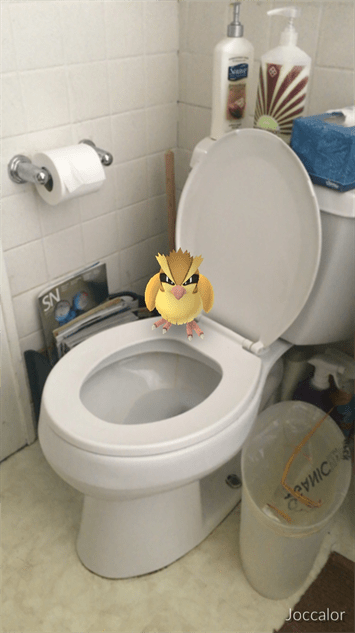 Trump of The Day: The Donald Says Life Hasn't Been Easy For Him, Dad Gave Him 'Small' Loan of $1 Million 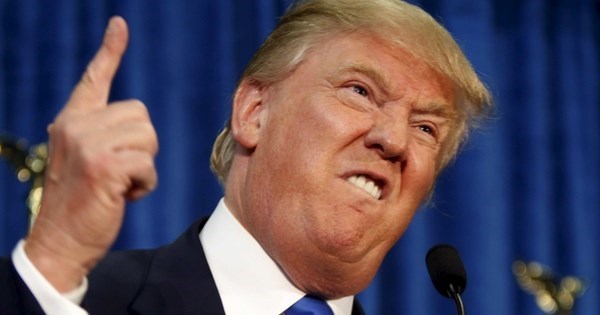 Life has not been easy for Donald Trump.

He wants you to know this. He also just gave his opponents the most perfect political attack ad ever created.

During an interview on the Today Show, the billionaire and Republican presidential frontrunner lamented at how difficult building his business had been.

"It has not been easy for me," he said. "I started off in Brooklyn. My father gave me a small loan of $1 million, and I came into Manhattan."

Just a small loan of $1 million. How can anyone expect to succeed with such a small loan?!

But Trump persevered, you see.

#RichPeopleProblems "It has not been easy for me. My father gave me a small loan of a million dollars." #DonaldTrump https://t.co/OjANXzJdin

Sarah Silverman Has a Ballsy Idea for Closing the Pay Gap... Become a Dude

Disclaimer: Sarah shops around for male genitalia so this video is not safe for work.

The campaign aims to close the wage gap by crowd funding an admittedly ludicrous number: $29,811,746,430,000. That number represents how much women lose when each of the US's 69 million female workers are paid nearly $500,000 less than men over their working careers.

The money raised from the Equal Payback Project will go towards funding the National Women's Law Center – a non-profit that works against employment discrimination and focuses on legislative issues to promote gender equality.

Aziz Ansari puts being a feminist in even simpler terms with his perfect analogy a little after two minutes in on this appearance on David Letterman.

Game of the Day: Dikembe Mutombo's 4 1/2 Weeks to Save the World

Old Spice and the Portland-based ad agency Wieden + Kennedy have teamed up again for its latest digital campaign "Believe in Your Smellf," which features a web-based video game starring the retired NBA star Dikembe Mutombo who must save the world from the Mayans' doomsday prophecy by taking on a series of odd missions like stopping Americans from dancing to "Gangnam Style" and defending the planet from the invasion of mysterious monster-like creatures known as "Blurgies." Click here to play now!

Inexplicably Funny of the Day

Not to be culturally insensitive or anything, but New Jersey's Republican congressional candidate Shmuley Boteach is a hard name to forget.

Single Topic Blog of the Day 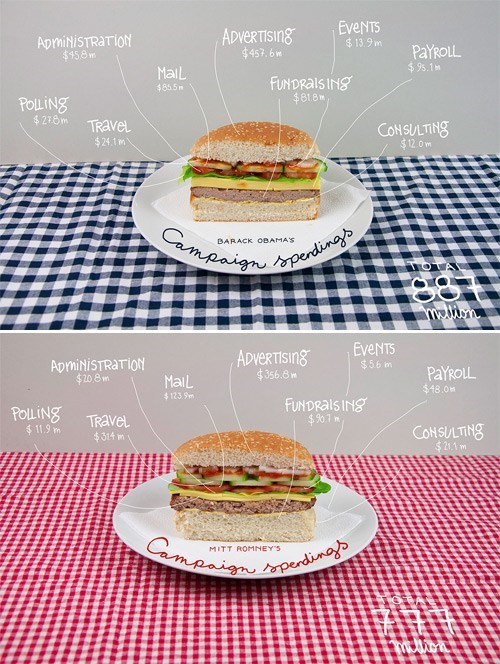 Check out "Binders Full of Burgers," a delicious collection of fast food-themed infographic charts visualizing the stats behind the 2012 U.S. presidential campaigns, such as this comparison of Obama and Romney's campaign spendings (shown left). Created by German artists Lisa Rienermann and Anna Lena schiller who also worked on a similar project for the 2011 Berlin state election with waffles and fruits.

The latest meme workshop from Reddit is based on an Associated Press photograph of President Obama on the phone at a campaign fundraiser event in Orlando, FL. According to ABC News reporter Devin Dwyer, the photograph was taken right after Obama realized that he had called the wrong number, who was quoted as saying:

Well, if the President of the United States calls you by accident, I guess you just gotta deal with it. 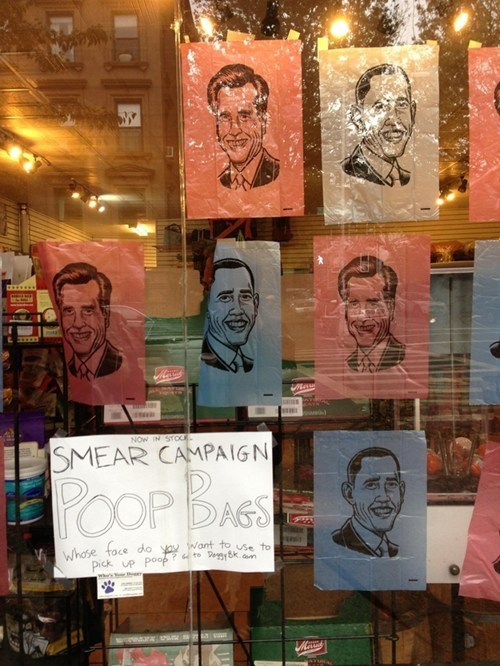 A clever pet store in Brooklyn, New York, is now selling dog waste bags with the faces of Mitt Romney and Barack Obama for your own private "smearing" campaigns on the street. 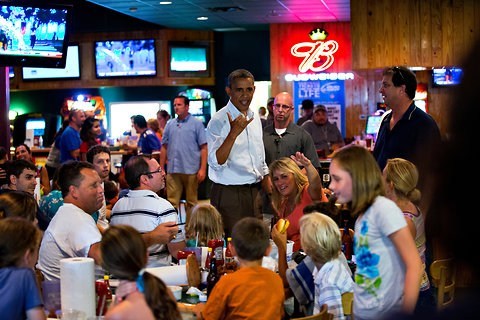