As not-total-idiots, we spend a lot of time worrying about making the right decision. Sometimes we can thank ourselves for avoiding a bad situation, and sometimes it's totally up to random chance whether we dodge a huge bullet or not. Everyone has a moment in their lives that the think about "man if that had gone just slightly differently I'd be in some serious pain right now." Hindsight is 20/20 and life is just a constant act of dodging massive bullets. 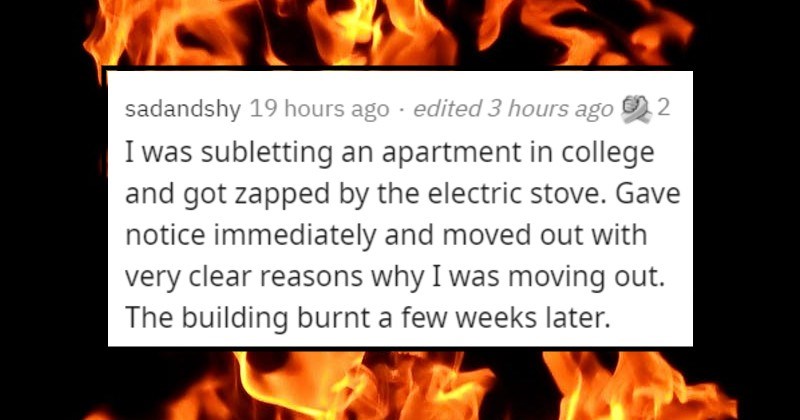 Always wait for the boat to actually stop moving before you get off, or terrible things can happen.

Exhibit A: This guy.

As the ferry nears land, he scurries off the ramp and ends up taking a tumble into the sand.

Fortunately, someone quickly comes to his rescue and pulls him out just before the ramp slams down on his back.

Close Call of the Day: Guy Catches Drone Before it Lands In the Ocean

Ryan Chatfield was out playing with his drone on Floreat Beach in Australia this week, when its batteries died.

The videographer then sprinted after the expensive toy (he said it cost him over $2000) and managed to catch it before it took a dive in the ocean.

“I thought, ‘That’s it, it’s gone’ but I knew I just had to have a crack at it,” he told The West Australian.

And fortunately he was successful in his rescue attempt and just got a little wet in the process. He also chose the perfect song to edit into the clip using Enya’s “Orinoco Flow (Sail Away).”

We’ve seen lots of consumer drone fails over the past few years, including a guy who saved his DJI Phantom 2 from crashing into a pond at the last second.

Close Call of the Day: Australian Man Has Seizure While Skydiving

Christopher Jones was skydiving last November in Australia when he had a seizure in mid-air rendering him unconscious and unable to open his parachute.

Fortunately WA Skydiving Academy instructor Sheldon McFarlane was able make his way over to the man and pull the cord for him. There were also a few automated backups installed which would have triggered eventually, but McFarlane didn’t want to risk it.

The terrifying moment was all captured on video with the instructor’s helmet cam and already has over 4 million views since it was posted to YouTube over the weekend.

Jones always wanted to be a pilot, but this was not possible because of his epilepsy. He had been seizure-free for a number of years, he decided to try skydiving instead.

“I’ve always wanted to have the feeling of flight, so I just thought, considering I can’t fly a plane due to my condition, I thought I’d give it a go,” he said. 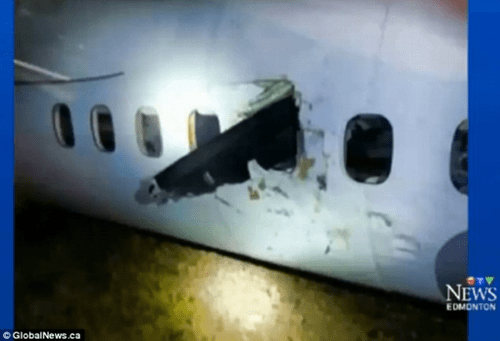 Close Call of the Day: A Worker Saves a Classic Mustang Once it Starts Rolling Out of a Shop

Watching the Dukes of Hazzard finally pays off.

Close Call of the Day: An Intense Crash During a Race That Amazingly Doesn't Claim Any Lives

Via MF my video
Repost
Recaption

This crash occurred on Saturday at the Jolly Rally in Italy's Aosta Valley. Driver Piero Scavone and navigator Diego D'Hérin's car lost control as it came around a corner where spectators sat close to the action. Miraculously no one was injured. What a silly place to sit though...

After a Terrifying Mid-Air Collision, These Skydivers Somehow Make it Out Unscathed

Close Call of the Day: This Bike Accident is a Physics Miracle. Stick the Landing!

Via Ken Stalker
Repost
Recaption
The Daily What
Favorite

Close Call of the Day: Planes Involved in Near Miss at Barcelona Airport

Via Barcelona-El Prat In'tl
Repost
Recaption
The Daily What
Favorite

Close Call of the Day: A Man's Quick Reflexes Saves Him From Demolition Debris

This Was Going to be the Longest Car Jump in the World, but Here's How Everything Went Wrong

Via GoPro
Repost
Recaption
The Daily What
Favorite

Close Call of the Day: Plane Almost Lands on Sunbather at the Beach 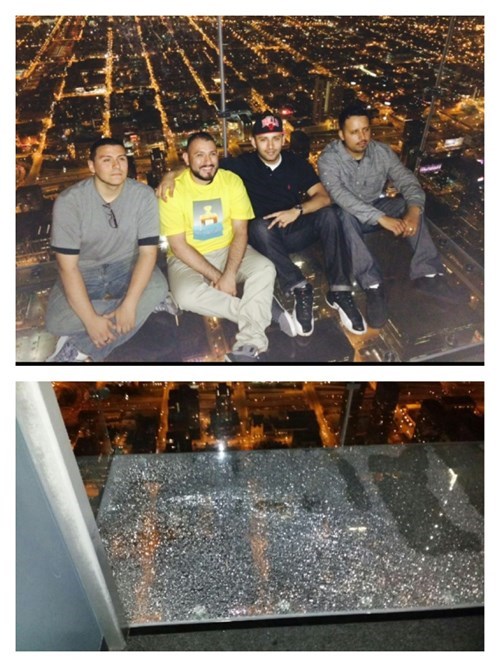 According to staff at Willis Tower, the cracked portion you see here was a part of the safety seal of the observation platform and not the glass itself. Still, that's the last thing you want to see when you're suspended that high in the air.

Via giugiu
Repost
Recaption
The Daily What
Favorite