Documentary of the Day: Dogs Riding in Sidecars with Bikers

Everyone knows dogs love to stick their furry faces out car windows, letting their slobbery tongues and ears flap freely on the open road.
But did you know they also love motorcycles?
A new film called "Sit Stay Ride," from husband-wife filmmakers Eric and Geneva Ristau, tells the story of 18 bikers and their 15 badass canine copilots.
The documentary was funded in large part through a Kickstarter campaign, and it is now available on DVD and Vimeo on Demand, with a portion of the proceeds going to the American Humane Society and other animal charities.

Greg Louganis Returns of the Day 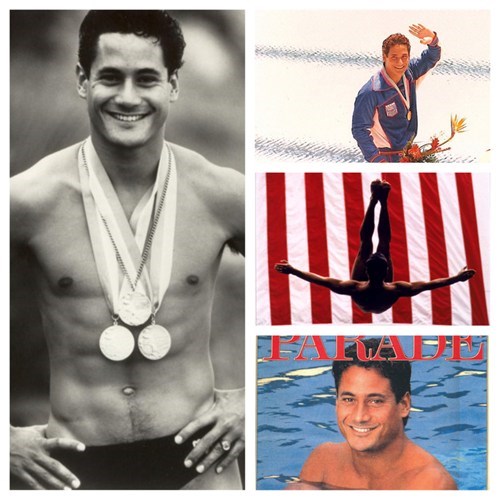 Diver Greg Louganis hasn't been involved with the Olympics for 20 years, but he returns today as a coach and mentor for the U.S. Diving Team.

The significance of this goes far deeper than the 1988 gold medalist's triumphant return to the international stage -- Louganis became a lightning rod of controversy when he came out as gay and HIV-positive after the Seoul Olympics.

There are so many people around the United States -- and the world -- who have very fond memories of Greg -- cheering for him after he hit his head, how his autobiography made it okay for them them come out, how he helped Americans put a face to HIV. But there is a whole generation of young people who haven't heard about Greg.

Sweeney's and fellow producer Cheryl Furjanic's new documentary, Back On Board, will "address issues that are important to (Louganis) -- combating bullying and homophobia and the need to support elite athletes that move on after their athletic careers are over."

Social Experiment of the Day

Craigslist Joe is the story of Joseph Garner's Craigslist survival adventure. Armed with a backpack, identification and a bicycle, Garner set out to live for one month relying solely on the generosity of the "21st Century Town Square." Zack Galifianakis produced the film.

Documentary of the Day

Legacy of Cool is a work-in-progress documentary about jeans around the world -- their culture, their history, their production, and of course, the hipsters that worship them. No word on an ETA, but the finished film should be... cool.

Documentary of the Day

Animal Planet will air next month a one-hour documentary, Seal Wars, on Namibia's brutal seal slaughter -- more than 85,000 Cape fur seals (the majority are pups) are clubbed or shot to death each year. According to Humane Society International, such methods are not only cruel, but also unsustainable to the South African seal population.

"We created quite a controversy in Namibia," said SSCS's Steve Roest, who led the team into Namibia. "But the suggestion by the Namibian government that we breached their national security and the fact that they used the navy, army and police to keep this slaughter hidden speaks volumes to the corruption involved."

Street Art Documentary of the Day

Spend an evening in Paris with legendary French street artist Invader in Raphael Haddad's documentary In Bed With Invader.

Different Strokes Documentary of the Day

Chris Birch made headlines last fall when he awoke from a stroke to discover he was no longer a straight, engaged-to-a-woman sports addict, but a flaming homosexual who quickly found a boyfriend and a job as a hairdresser. I Woke Up Gay, a new documentary about his, er, queerness, aired in the U.K. last night, and it has fueled the controversy over whether it's possible to become gay overnight. To no one's surprise, Chris, now Kris, is constantly confronted by people who aren't quite sure whether to believe his claim that his stroke "turned" him gay -- even his new boyfriend, Jak, is skeptical.

The 57-minute video can be found here.

Olympic Hopefuls of the Day

The improbable story of the Iraqi national rowing team and its quest to qualify for London, as told by French filmmakers, is one of triumph over much more than a Tigris River once riddled with bodies. The newest episodes of Bagdad Galère have been released over the past few days.

Street Art Documentary of the Day

From director Roger Gastman -- producer of Banksy documentary Exit Through the Gift Shop -- comes Wall Writers, a documentary about the early days of graffiti, including interviews with legendary graff writers Taki 183 and Cornbread.