Nothing is exactly as it seems. Stuff blending into other stuff, stuff looking out of proportion, and other stuff that just seems...wrong. Navigating the off-ness, is like push-ups for your eyes. If you wanna see more pics of skewed perspective, then check these out. 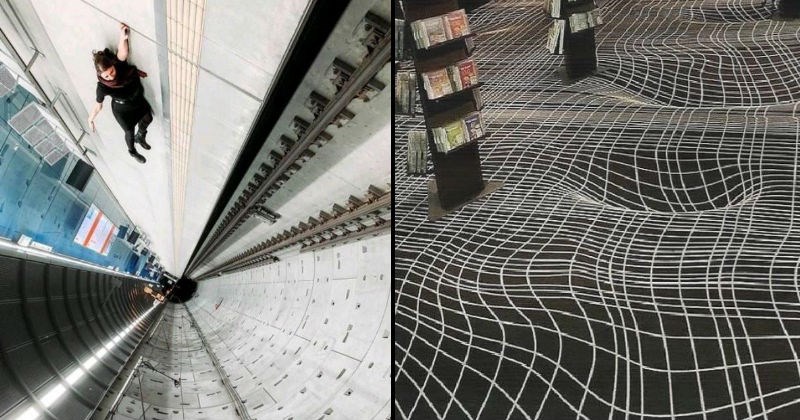 Double Take of the Day

Double Take of the Day: Game Change, Jay Roach's made-for-HBO adaptation of John Heilemann and Mark Halperin's same-named book about the 2008 presidential election, was watched over the weekend by more viewers than had tuned in to watch any HBO original movie over the last eight years.

The success of the movie is due in no small part to Julianne Moore's pitch-perfect portrayal of John McCain's running mate Sarah Palin. Some kind soul has helpfully pieced together a side-by-side comparison of the former Alaska governor and her on-screen doppelganger using archival clips of Palin interviews and speeches and the reenactments of those clips in the film.

Fashion Fitness of the Day: Jen Selter has the Most Famous Butt on Instagram