Get Your Geek On With These Demotivational D&D Posters

It's been a while since our last D&D demotivational post. These posters are a nice mix of sass and game truths that any Dungeons and Dragons player will appreciate. Dig in. 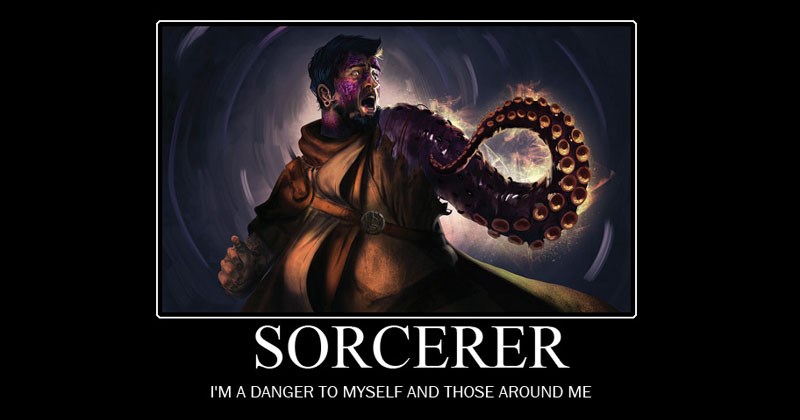 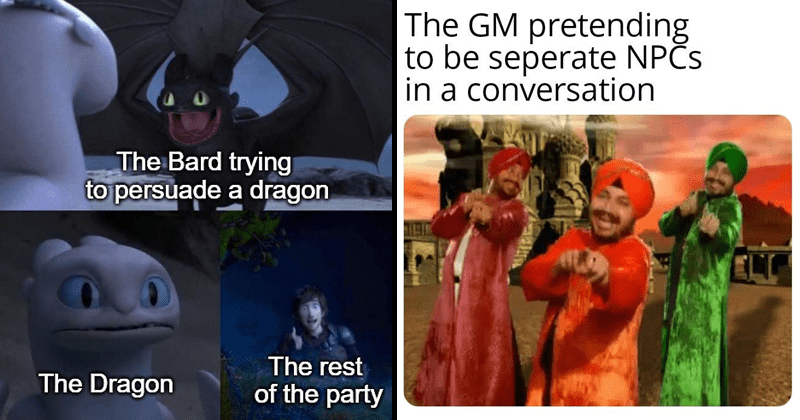 We'd always thought Dungeons & Dragons was a super niche interest, one with a small following. Holy crap, we were so wrong. As we'e gotten older it's become clear that way more people were playing than we thought. Which definitely accounts for the insane amount of D&D memes we've been seeing on the internet. It only makes sense that we'd slap a bunch of 'em together for your perusal. 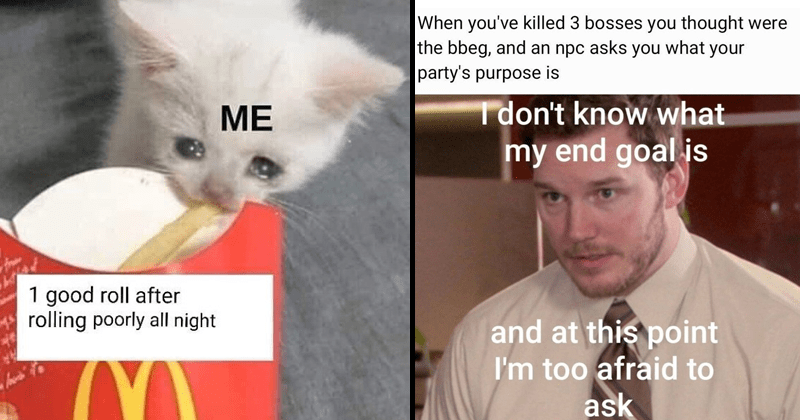 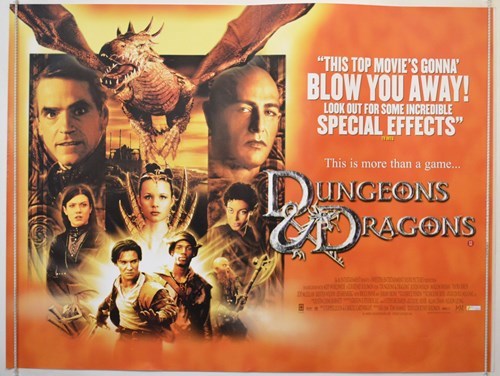 Warner Bros. wants to take the imagination out of the game.

The studio announced Aug. 3 that it has a script and producers lined up to make a new Dungeons & Dragons movie.

Mashable has the story:

The announcement signals the resolution of a rights-holders lawsuit between Hasbro and Wizards of the Coast LLC and Sweetpea Entertainment, each of which will be involved in the project. What it does not signal: any sort of guarantee that a Dungeons & Dragons movie will actually get made.

Warner Bros. has had enormous success with the fantasy genre, through franchises like Harry Potter and Lord of the Rings — but those were literary adaptations with rabid, built in followings and established characters. Dungeons & Dragons, first published in 1974, went on to become the world's most popular role-playing game — but the cultural relevance of real-world RPGs went into staggering decline with the rise of video- and massively multiplayer online games.

You might remember that they tried this back in 2000 with a weird, lame movie of a thing with Thora Birch, Jeremy Irons and Marlon Wayans. It only has 10 percent on Rotten Tomatoes and dragged in a scant $7.3 million on its opening weekend.

That won't detract from the enthusiasm.

"We are so excited about bringing the world of Dungeons & Dragons to life on the big screen. This is far and away the most well-known brand in fantasy, which is the genre that drives the most passionate film followings. D&D has endless creative possibilities, giving our filmmakers immense opportunities to delight and thrill both fans and moviegoers new to the property."

We should also not ever let you forget about the 1982 film Mazes and Monsters. Born out of the cultural panic that D&D would turn your children into murdering psychopaths, this gem stars Tom Hanks in his first leading role.

Oh, and it's available on YouTube if you have the inclination.

Cake of the Day: Vin Diesel Celebrates His Birthday with a Reminder that He's a Huge Nerd

In case you forgot that Vin Diesel was a big geek, he shamelessly reminded you on his Facebook page July 19.

The big man was celebrating his 48th birthday in his own style with this gorgeous cake shaped like Dungeons & Dragons books.

He also said as much to Jimmy Fallon on The Tonight Show.