Selfie of the Day: NASA Releases the First Full Picture of Earth Since 1972 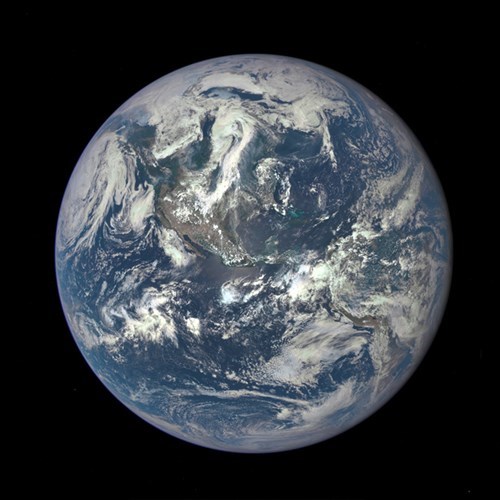 One of NASA's newest photographic satellite, with the express mission to continually monitor Earth, has come online and given us the first complete photo of our home planet in over 40 years

It's called Deep Space Climate Observatory or DSCOVR, and NASA boasted about the new stunning picture it provided.

On February 11, 2015, DSCOVR was finally lofted into space by a SpaceX Falcon 9 rocket. After journey of about 1.6 million kilometers (1 million miles) to the L1 Lagrange Point, the satellite and its Earth Polychromatic Imaging Camera (EPIC) has returned its first view of the entire sunlit side of Earth. At L1—four times farther than the orbit of the Moon—the gravitational pull of the Sun and Earth cancel out, providing a stable orbit and a continuous view of Earth. The image above was made by combining information from EPIC's red, green, and blue bands. (Bands are narrow regions of the electromagnetic spectrum to which a remote sensing instrument responds. When EPIC collects data, it takes a series of 10 images at different bands—from ultraviolet to near infrared.)

Now surely, you're thinking, "But I've seen many pictures of Earth that have been taken since 1972." Well, that's rude of you to interrupt, but NASA explained away your thoughts:

While NASA has released other blue marble images over the years, these have mostly been mosaics stitched together with image processing software—not a single view of Earth taken at one moment in time.

Yep, that's us! Right there! If you live in North, Central or the northern part of South America, you can probably see your house from there.

Disneyland is the Funnest Place on Earth?

Via Lack of Awesomeness
Repost
Recaption
Advertisement
The Daily What
Favorite

Selfie of the Day: The Most Epic Selfie Ever

600 Days Around the World with a GoPro on a stick!

Gif of the Day: A Breathtaking Mothership Supercell

A supercell thunderstorm is characterized by a sustained and powerful rotating updraft. These storms originate in unstable air accompanied by a particular type of changing wind direction at various altitudes in the atmosphere; a common combination supportive of supercells is a southerly or southeasterly wind near ground level and a southwesterly or westerly wind higher up in the atmosphere.

This combination of changing wind directions creates a horizontal rolling motion in the lower atmosphere. The same rapidly rising air motions that form the thunderstorm turn this horizontal rotation into a vertical rotation, and in the case of this particular storm, this rotation is spectacularly evident in the circular striations, or layers, visible in the cloud structure.

The structure of supercell thunderstorms allows rain and hail to fall well away from the source of the warm, unstable air fueling the storm, so these storms do not choke on their own rain-cooled air. In some cases this allows supercell thunderstorms to stay intact for hours, covering tens or even hundreds of miles. In the process they can produce giant hail, very high winds, and tornadoes.

10 Things That Could Wipe Out Life On Earth

Via Alltime10s
Repost
Recaption
Advertisement
The Daily What
Favorite

Space Shot of the Day: Footage of the Moon Orbiting Earth from Passing Spacecraft

On a mission to Jupiter with an arrival scheduled for July 4, 2016, NASA's Juno spacecraft captured this footage of the Moon orbiting Earth from a distance of about 600,000 miles. As it passed our planet, the spacecraft accelerated to more than 8,800 MPH in order to reach its final destination.

Crazy Nature of the Day: Lowest Temperature Ever Recorded on Earth in Antarctica 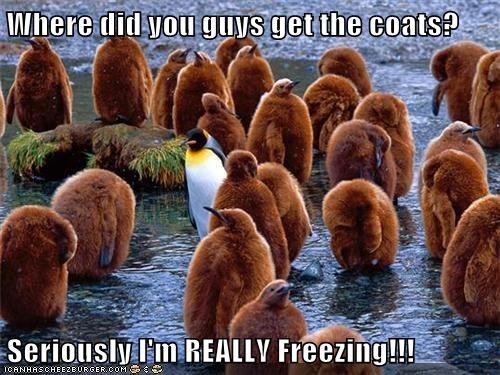 A recent rehashing NASA satellite data revealed that Earth set a new record for the lowest recorded temperature at -135.8 degrees back in August 2010. To be clear, that's the coldest temp ever recorded on our planet. Ice scientist Ted Scambos at the National Snow and Ice Data Center said that's lower than anywhere in Alaska.

Time Lapse of the Day: 28 Years of the Earth from Space

Over 28 years of melting glaciers, depleted forests and expanding cities are shown in this Google time lapse project.

Beautiful Pipedream of the Day: If Earth Had Rings Like Saturn

The Rings of the Earth
2009
Roy Prol
CGI animation