Links of the Day: What You Missed This Weekend 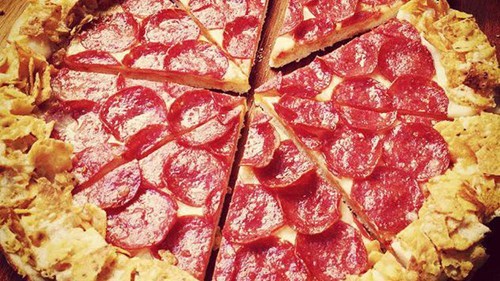 Albert Einstein gave Marie Curie advice on how to deal with trolls in newly discovered letters [Vox]
As if you needed another reason to be afraid of flying: potential midair collisions with toy drones. [BBC]
The latest Frankenfood battling the battle to end obesity: Dorito-covered, stuffed crust pizza. Mmmm… [LA Times]
More NFL players protest on the field - this time wearing "I Can't Breathe" shirts for Eric Garner [The Guardian]
The "father of video games," Ralph Baer, has died at 92. [The Verge]
You can grow your very own James Franco, thanks to this super weird "Saturday Night Live" sketch. [SNL]

Twitter Feud of the Day: Azealia Banks vs ‘Igloo Australia’ Over Garner Case

While many were speaking up and protesting in the streets over the Eric Garner decision, two pop stars were taking out their anger on each other in a series of aggressive tweets.
In case you didn't follow the curse-laden, semi-coherent stream of consciousness on Twitter Wednesday, Azealia Banks was mad that Iggy Azalea wasn't speaking up in support of the black community over the recent grand jury decisions in the killing of two black men by white cops.
Banks thinks Azalea, whom she refers to as a "wannabe black girl," owed this to her black fans which helped get her where she is today.
"If you're down to ride with us," she wrote. "you gotta RIDE ALL THE WAY."
She also segued into calling gay men misogynistic and throwing out gay slurs - for some reason - in the middle of her rant.
Eventually Iggy Azalea responded calling Banks a troll, and scolding her followers for "finding any reason to promote shade, trolling, fan fights and memes."

Theres more to sparking a change than trolling on social media. World issues shouldnt be used as a poor excuse to promote fan battles.

HERE ARE SOME ACTUAL PRODUCTIVE WAYS YOU CAN HELP http://t.co/zi5SqDQsTc