Cold Case of the Day: Cop Stops Man Because Hands Were in Pockets

Via B Mckean
Repost
Recaption

This video brings a whole new meaning to the word "freeze."
A Michigan man named Brandon McKean went out for a stroll on Thanksgiving, when a police officer approached him for "making people nervous."
So what exactly was he doing that was so suspicious? According to McKean's Facebook post:

"Just got stopped Walking BECAUSE MY HANDS WERE IN MY POCKETS....... POLICE STATE"

McKean, who says he was just cold, is pretty upset about about the whole incident considering the situation in Ferguson, and both he and the cop captured the moment on video.
The cop tells him there's been a string of robberies in the area lately, and when he and asks McKean what he's up to, he responds: "Walking, with my hands in my pockets."

A few players on the St. Louis Rams decided to hold a little protest of their own on Sunday, prior to their game against the Oakland Raiders, by entering the field with their arms up to show support for the protesters in Ferguson.
Tavon Austin, Kenny Britt, Stedman Bailey, Jared Cook and Chris Givens all participated in the stunt before pregame introductions, with the coach denying any advance knowledge of it.
The St. Louis Police Officers Association is not amused. They are asking the NFL to issue an apology calling it "tasteless, offensive and inflammatory."
But the Rams are standing by their actions.
"I just think there has be to a change," said Cook. "There has to be change that starts with the people that are most influential around the world."

As protests continue around the country after the grand jury decision in Ferguson, we are now hearing about the incident from the officer himself.
ABC's George Stephanopoulos spoke with Wilson Tuesday in his first public interview, asking him to describe in his own words what happened that night.
Wilson says there is nothing he would have done differently that would have prevented Brown's death, and that he "just did my job."
Brown's parents are also making the talk show rounds, and they are saying Wilson's interview is "disrespectful" and "like insult after injury."

Immediately following a grand jury's decision Monday night not to indict Officer Darren Wilson in the death of Michael Brown, protests erupted all over the country from New York to Seattle.
In Ferguson, Missouri, where the original shooting took place, violence escalated fairly quickly with rioters looting and setting fire to local businesses.
Both Fox News and CNN were there in the middle of the action to report live on the chaos, and as you might expect, things got pretty crazy.
CNN's Don Lemon and Chris Cuomo were near the police HQ in the city when cops launched a tear gas canister in their direction forcing them off screen (see video above).
Lemon also was paid a visit from this guy, who interrupted his report to drop an F-Bomb about the network.
CNN's Stephanie Elam got trash thrown at her outside a McDonald's, and while clearly irritated, she took it all in stride saying that the tosser was "just having fun."

Things were worse for CNN reporter Sara Sidner who was hit in the head with a rock while in the middle of her broadcast about a fire at a nearby store, but she kept on reporting and told Jake Tapper "I've been hit with much worse in my day."

And lastly, Fox News briefly turned into Fawkes News, when a man wearing a Guy Fawkes mask appeared to knock out the camera during a report from Steve Harrigan before the connection cut out.

Speech of the Day: Killer Mike Gets Emotional at Show After Ferguson News

Warning:This video contains strong language.
After learning about the grand jury's announcement Monday in Ferguson, Run the Jewels rapper Killer Mike delivered a very powerful speech to the crowd at his show in St. Louis.
He paid tribute to both the peaceful protesters and "those who could not hold their anger in," adding that "riots are only the language of the unheard."
The rapper talked about race and poverty, choking up about the news which he says he expected.
"I have a twenty-year-old son and a twelve-year-old son and I am so afraid for them," he said.
This summer, Killer Mike also wrote an op-ed on the incident for "Billboard," in which he stated "Whatever this country is willing to do to the least of us, it will one day do to us all."

Via The Stewart Show
Repost
Recaption

Cringe of the Day: Things Get Heated Between Talib Kweli and Don Lemon Live on CNN

A Huffington Post Reporter Makes a Total Fool of Himself While Reporting at Ferguson, the Internet Greets Him With Open Arms 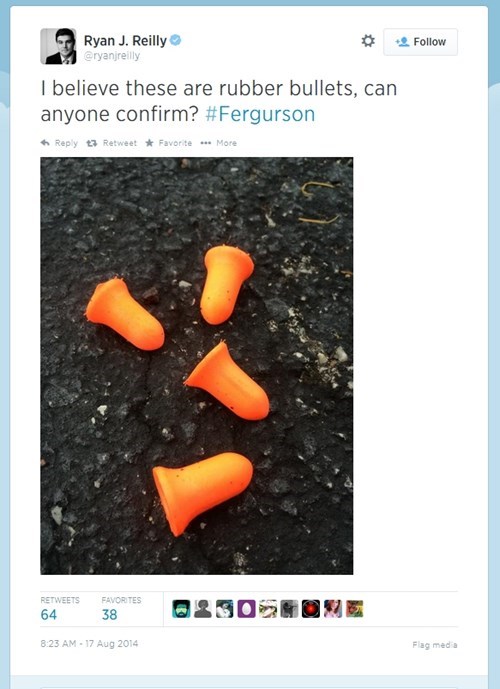 Yep. Those are definitely standard-grade ear plugs, Mr. Reilly. Here are some of the reactions, courtesy of IJReview: 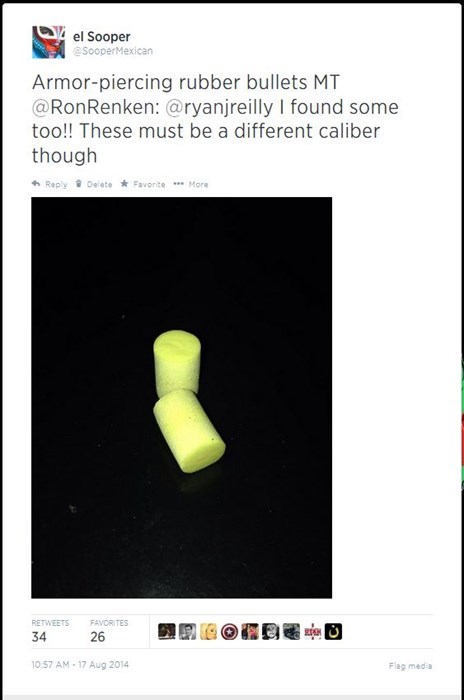 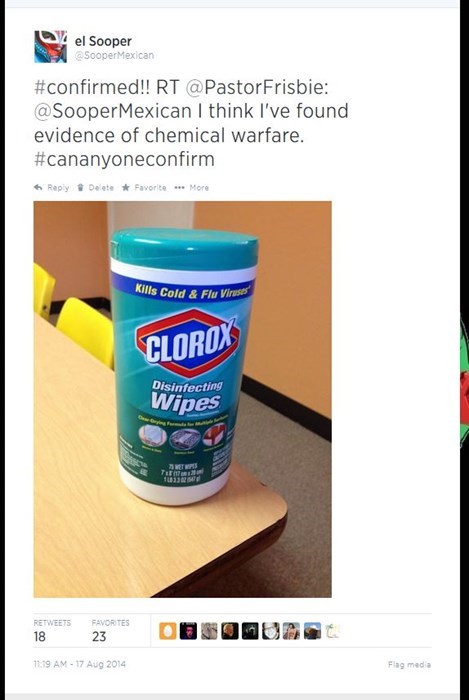 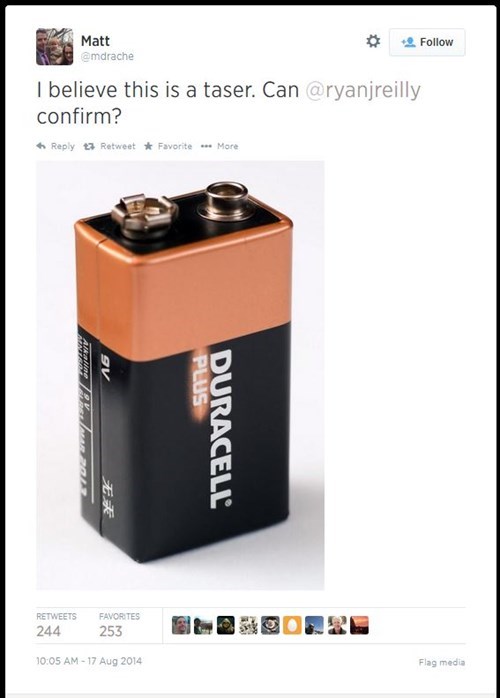 Vine of the Day: CNN Anchor Makes a Dumb Suggestion and Gets the Side-eye Treatment 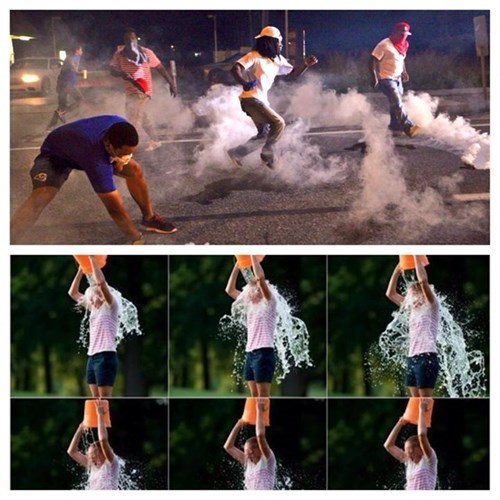